Home Golf News & Information Couples grinds out a 74, but back uncertain 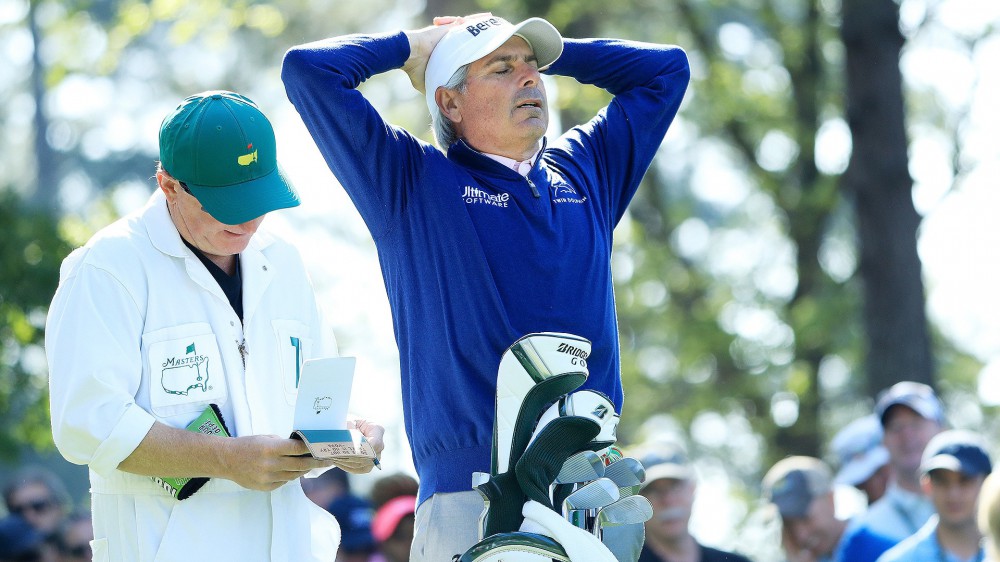 AUGUSTA, Ga. – Fred Couples did what he’s done his entire career at the Masters: grind his way to a respectable finish that will assure him a weekend tee time at Augusta National.

Despite a second-round 74 that left him at 2 over par for the tournament, and tied for 34th, Couples, 58, declined to speak with the media after his round to receive treatment on his ailing back.

“I’m not at 100 percent,” Couples said Monday. “I tried to hit a couple harder than I should have, and that didn’t feel good. I’m driving it pretty well. It’s my first week back in eight weeks, so I’m going to play. I’m not going to hurt myself today trying to do something I shouldn’t be doing. But I feel OK.”

Couples, who won the Masters in 1992, has been troubled throughout his career with an injured back, but he has still found a way to be competitive at Augusta National. He’s finished inside the top 20 in six of his last seven starts at the Masters.