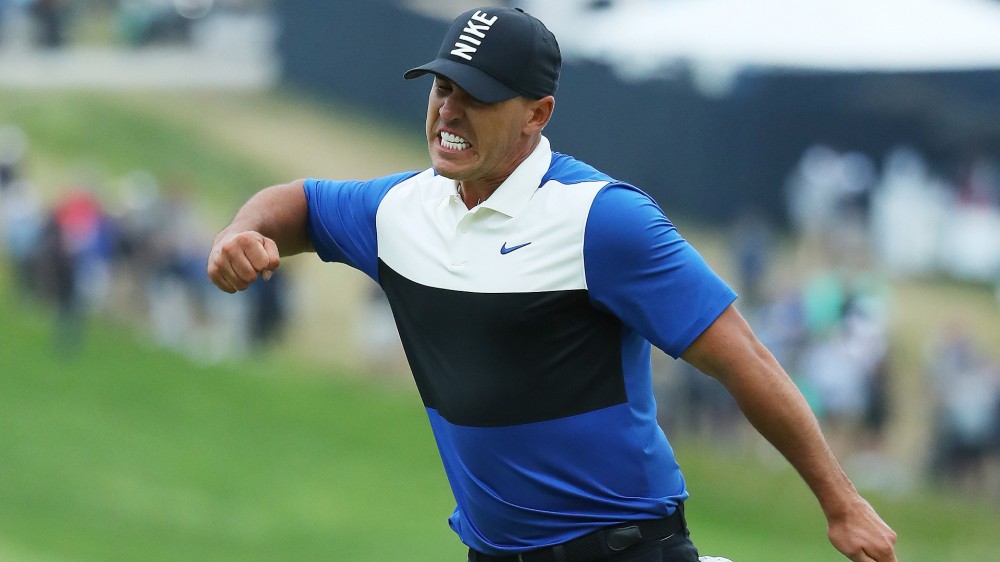 Sunday at Bethpage proved more dramatic than anyone thought it would, but it ended as expected – with Brooks Koepka once again hoisting the Wanamaker Trophy. Here’s how Koepka staved off a collapse, held off a charging Dustin Johnson, won the PGA and supplanted DJ as world No. 1:

How it happened (and nearly didn’t): Up seven to start the day, Koepka saw his lead shrink to just one when he made four bogeys in a row on Nos. 11-14 and Johnson birdied the 15th. Just as mentions of Greg Norman and Arnold Palmer and other major collapses became unavoidable, Johnson let his buddy Koepka off the hook with prompt bogeys at Nos. 16 and 17, gifting Koepka a three-shot advantage with three to play. Koepka would par 16, bogey 17 and scramble for par on 18 to sign for a final-round 74 and win by two.

What it means: This is Koepka’s fourth major victory and second PGA Championship. He is the fifth player in tournament history to win going wire to wire and the first since Hal Sutton in 1983. He is only the second player to successfully defend at the PGA Championship in the stroke-play era (since 1958), joining Tiger Woods, who did it in 1999-2000 and 2006-07. He is the first player in history to own back-to-back victories in two different majors (the PGA Championship and U.S. Open) simultaneously. Koepka has now won three of the last five majors, four of the last nine overall and four of the last eight in which he’s competed. With the victory, he supplants Johnson atop the Official World Golf Ranking, retaking the top spot as No. 1.

Best of the rest: Johnson’s solo-second finish makes him the eighth player in history to complete the runner-up Grand Slam. Johnson now has a second-place finish at all four majors via the 2011 Open Championship, the 2015 U.S. Open, the 2019 Masters, and the 2019 PGA.

Biggest disappointment: Playing alongside Koepka in the final pairing, Harold Varner III signed for the worst round of the day, an 11-over 81.  A top-4 finish would have earned him an invite to next year’s Masters and anything in the top 12 would have gotten him into next year’s PGA at Harding Park. His 6-over total left him tied for 36th.

Shots of the day: The pairing of Lucas Bjerregaard and Lucas Glover needed only three shots and zero putts to play the par-3 17th Sunday.

Quote of the day: “I’m just happy we didn’t have to play any more holes. That was a stressful round of golf. … I’m glad to have this thing (the Wanamaker) back in my hands.” – Koepka