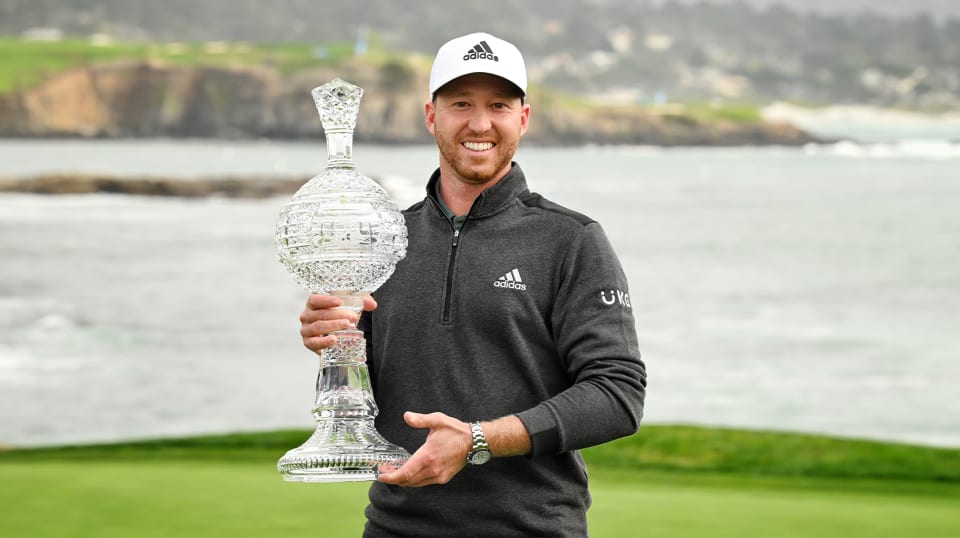 Stanford grad Maverick McNealy, 25, a son of California seeking his first victory not far from where he was raised, played nicely on Sunday, making five birdies on his second nine in shooting 66, setting the bar high for Berger to clear. McNealy’s solo second finish marked his top showing on TOUR, and he said he learned a lot about the way he handled himself down the stretch. Jordan Spieth, who started the round with a two-shot lead over five players, seeking to break a three-plus year winless stretch, struggled with the driver but birdied his final two holes to shoot 70 and share third with Patrick Cantlay (68).

Standing out there on that 18th fairway, knowing McNealy had posted 16 under, Berger decided he was all-in. It’s his style, something developed from his younger upbringing as a golf teen in South Florida, trying to keep up with the likes of PGA TOUR players such as Steve Marino and Will MacKenzie.

“I’ve been in this situation before, coming down the last hole, having to hit a good shot,” Berger said. “Sometimes it goes your way, sometimes it doesn’t, but you really have to be bold, and I feel like did I that today.

“I think the biggest thing is playing fearlessly. You can step up there and be concerned with all the different outcomes and all the different places that ball can go, but in the end it’s just golf, it’s just a golf shot and if you can step up there and kind of free your mind and be fearless, then you have such a better opportunity to hit a good shot.”

The shot actually called for a draw, but with the wind off the right and Stillwater Cove and rocks awaiting everything hit left, Berger was able to rip his comfortable cut and let the breeze bring the ball back. He said the yardage called for a full 3-wood, and that’s what Berger gave it, executing precisely.

For the longest time, it appeared he and Nate Lashley, the 2019 Rocket Mortgage Classic champion, would be battling over the final holes, as they were the two who held or shared the lead most of the round. Lashley made a rough exit at the par-4 16th though, missing the green from 152 yards, pitching on, and four-putting from 13 feet. He finished with 69 despite the triple-bogey, and tied for fifth.

Just as Berger had to be patient all of Sunday – he did start fast, with an eagle at the par-5 second – golf has been patiently waiting for Berger. People sometimes forget that he is part of that loaded 2011 high school class that includes Jordan Spieth, Justin Thomas and Xander Schauffele. Berger is playing catch up, to an extent. He first had to get on the other side of a bad wrist injury, and the time away taught him that he missed the game more than he realized. It took him time to put Pebble on his schedule, but after three top-10 finishes in as many starts, you can count on him being as loyal as Bill Murray.

One element to his growth, Berger said, has been his work with teacher Cameron McCormick, best known as Spieth’s longtime instructor. Berger said McCormick has helped him develop a new outlook on the game, not doing much to his unique swing but helping him with new perspective on his short game. He encourages him to be an artist. When Berger told him he had one type of chip shot, with pretty much the same trajectory, same spin, McCormick asked, “How many of the best chippers in the world hit the same shot all the time?” Point taken.

Berger, a winner twice in 10 months (2020 Charles Schwab Challenge), now can start looking at his career trajectory a little differently, too. He has a good jump on making the U.S. Ryder Cup team, and now sits 10th in FedExCup standings. He is not afraid to say he wants to be the very best player in the world one day. As in No. 1. Sunday’s victory moved him to 13th.

No. 1? Some players get ridiculed for such brash statements. But Berger isn’t afraid to be bold. On Sunday at Pebble Beach, that approach paid off quite handsomely.