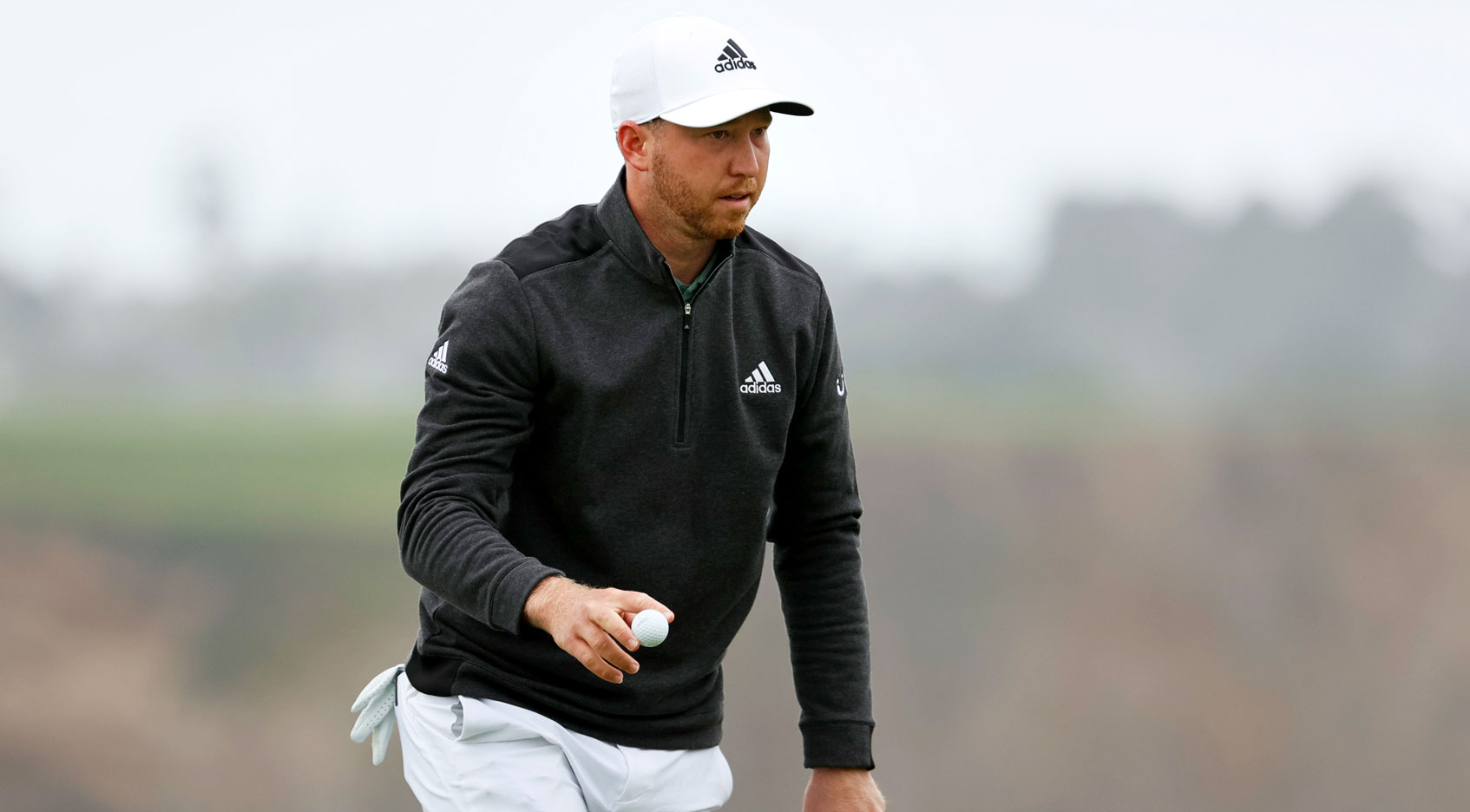 PEBBLE BEACH, Calif. — Daniel Berger got into the mix quickly with an eagle and finished it off with one even better, holing a 30-foot putt on the par-5 18th for a 7-under 65 and a two-shot victory Sunday in the AT&T Pebble Beach Pro-Am.

Berger won for the second time since the PGA TOUR returned to golf from the COVID-19 pandemic, starting with a playoff victory at Colonial last June.

This was another wild chase on a crisp, breezy day along the Pacific, and Jordan Spieth went from leading to lagging. He went from a two-shot lead to a three-shot deficit through six holes, going from the leading character to a support role. Spieth birdied the last two holes for a 70 to tie for third with Patrick Cantlay (68).

Maverick McNealy, who played at Stanford and once lived in a house near the 15th green at Pebble Beach, made five birdies over his last eight holes for a 66 and was tied for the lead after his eagle putt on the 18th stopped inches away.

Berger was in the group behind him, and fired a fairway metal into the heart of the 18th green, 30 feet away. He only needed two putts for birdie to win, and instead finished with a flair.

“That was the best putt I’ve ever hit in my life,” Berger said.

Berger finished at 18-under 270 for his fourth career PGA TOUR victory.

Spieth finished in the top four for the second week in a row, a strong sign that his game is coming back after a drought that dates to his 2017 Open Championship victory at Royal Birkdale.

Lashley, playing in the final group with Spieth, nearly holed his wedge on the 11th for a tap-in birdie that took him to 16 under and leading by one shot. He was tied with Berger with three holes to play when Lashley went long on the 16th hole.

He pitched out to 12 feet, missed the par putt and then missed the next two putts from the 3-foot range. That gave him a triple bogey from which he could not recover.

Berger was outside the top 100 in the world when golf returned last June as he tried to come back from injuries.

Cantlay again was vexed by the Pebble Beach greens. He had five putts from inside the 15-foot range on the back nine, most looking as though they had a chance.

Berger hit 4-iron from 229 yards to 20 feet and rolled in the eagle putt on the par-5 second hole to catch Spieth early, and he followed with an aggressive drive that left a flip wedge to 5 feet for birdie on No. 3. He had three eagle putts on the day, narrowly missing a 10-foot attempt on the sixth hole.

Lashley quietly moved into contention with so much attention on Spieth. Cantlay was never too far away. McNealy showed up late with his 31 on the back nine.

“I had the adrenaline pumping coming down the stretch there and feelings that I hadn’t really felt on the golf course in a little while, trying to close this out and give myself a chance,” said McNealy.

Ultimately, it was Berger in position to win and he delivered an eagle he won’t soon forget.