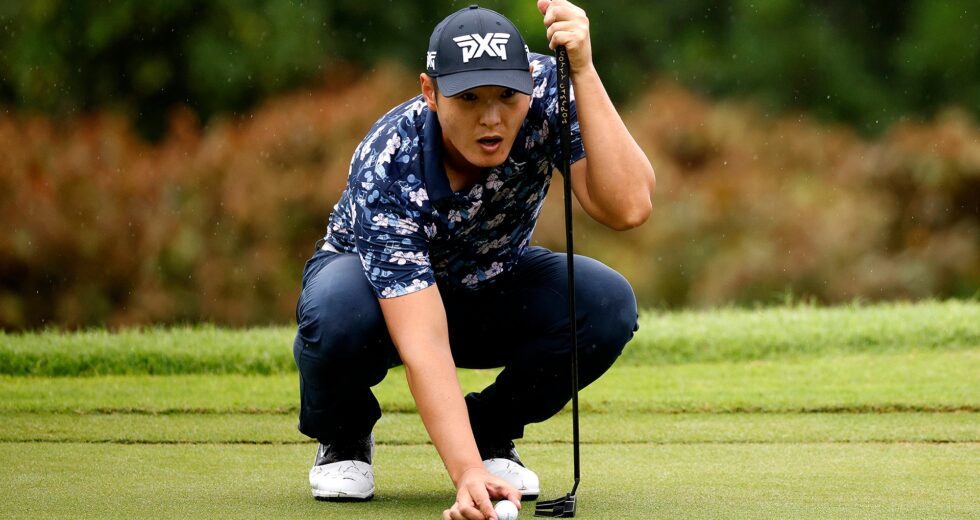 SOUTHAMPTON, Bermuda – It was 40 minutes of sustained struggles late Sunday at the Bermuda Championship that cost Danny Lee a shot at his second PGA Tour title, but it felt much quicker than that.

With Lee holding a one-stroke lead, Lee’s week began to unravel at the par-4 12th hole with a poor drive, an awful approach and a three-stroke swing that landed eventual winner Lucas Herbert, who birdied No. 12, in the lead.

Lee followed that miscue with bogeys at Nos. 13 and 14 and appeared to be rushed throughout the entire meltdown.

“That’s always been my pace of play,” said Lee, who finished with an even-par 71. “It doesn’t really matter where I’m at, I don’t know if that’s a good thing or bad thing, but I try to keep it always consistent. Taking my time over a shot is not my thing.”

Lee rebounded with birdies at Nos. 15, 16 and 17 to pull within a stroke of Herbert, but his approach at the last hole was wide and he finished tied for second place with Patrick Reed.

“I just bite my tongue and I just try to grind it out,” Lee said of his finish. “There’s so many times when that time comes or whenever that disappointment happened, I just kind of half-assed it all the way in, so this time I didn’t want to do that. I gave 120 percent all the way in.”

Lee can take some solace in his finish which was good enough to secure his PGA Tour card after starting this season playing on a medical exemption. The 31-year-old needed a solo third-place finish to earn enough FedExCup points to reclaim his membership.