Home Golf News & Information Davis: Fescue cut had 'zero' to do with criticism 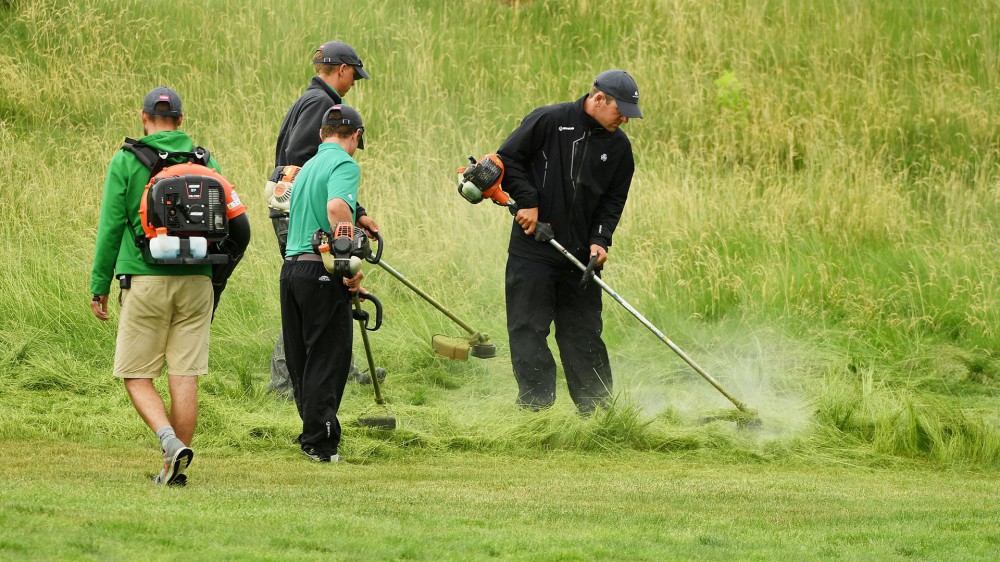 The perception that the USGA trimmed the deep fescue on four holes at Erin Hills in response to a few vocal players on social media? Simply not true.

“It’s not as if we don’t listen to feedback from players,” Davis said, “but I will tell you in this case, it had nothing to do – absolutely zero – with what the players were saying. We looked at some spots and we said this is simply not going to play properly.”

Davis, the USGA’s course-setup czar, said the decision to cut the rough on Nos. 4, 12, 14 and 18 was made on Monday afternoon, after consulting with the course superintendent. (Those areas were mowed to 4 or 5 inches in length, which was standard for the first cut here.) Erin Hills received about 2 inches of rain Monday night and Tuesday morning, making what was already thick fescue after a rainy spring even denser.

“Every single year at a U.S. Open we are altering the rough right up to the end,” Davis said. “That’s a standard operating procedure for every single Open I’ve ever been involved with.”

Davis wasn’t worried about the length of the fescue being an issue come Thursday. The fairways at Erin Hills are “50 percent” wider than typical U.S. Open corridors. “The penalty for hitting in the rough has been part of the test of golf,” he said.