He hasn’t needed any of them.

“It’s been pretty close,” Stricker said when asked if he’s stayed with his original game plan. “We put these guys together before coming here, a couple weeks ago we had this done pretty early. You never know how it’s going to play out, if things were different yesterday and today we might have made some changes, but we’d be the stupidest guys on earth if we split up [Jordan] Spieth and [Patrick] Reed, [Justin Thomas] and Rickie [Fowler]. That’s not the thing to do.”

And why would he change? The United States rolled on Friday, winning four of five fourball matches and halving another for an 8-2 lead, the largest ever after two sessions at the Presidents Cup.

International captain Nick Price’s plan, however, didn’t hold up as well, and his Saturday morning foursomes lineup will feature some new-look teams.

Price will send Jason Day and Marc Leishman, who lost their Friday fourball match, out in the day’s first match against Reed and Spieth.

Dustin Johnson and Matt Kuchar will play Adam Scott and Adam Hadwin in the second foursome match; followed by Jhonattan Vegas and Emiliano Grillo against Phil Mickelson and Kevin Kisner.

“It’s going to be interesting to see how Jhonny Vegas and Emiliano play together as the South American connection,” said Price, who benched his top-ranked player (Hideki Matsuyama) for the session. “I think we’ve got some strong teams out there tomorrow. So hopefully we can turn it around.”

The morning’s anchor match will be Thomas and Fowler, who are 2-0-0 this week, against Louis Oothuizen and Branden Grace, who lost their first team match together on Day 2.

Saturday’s morning session will be followed by four four-ball matches to close out the team portion of the competition. 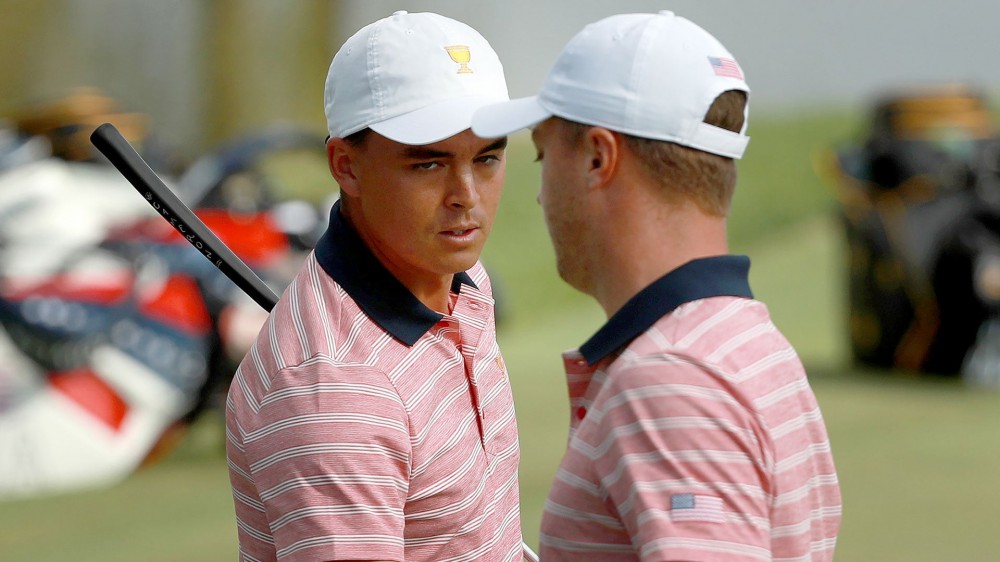