It took a Monday finish, but Jason Day is back in the winner’s circle on the PGA Tour and back inside the top 10 in the Official World Golf Rankings as a result.

Day outlasted Alex Noren in a marathon playoff at the Farmers Insurance Open, ultimately winning with a birdie on the sixth extra hole. It was Day’s first win since the 2016 Players Championship, and it helped the former world No. 1 jump four spots to No. 10 in the latest rankings.

Day had been outside the top 10 since October, when a T-11 finish at the WGC-HSBC Champions dropped him from eighth to 11th.

Day wasn’t the only new entrant into the OWGR top 10, as Rory McIlroy jumped three spots to No. 8 following his runner-up finish at the Omega Dubai Desert Classic. Ascents from both Day and McIlroy bumped Sergio Garcia and Henrik Stenson to Nos. 11 and 12, respectively, marking the first time Stenson has been outside the top 10 since August 2013.

Noren’s hard-luck runner-up moved him from No. 19 to No. 16, while Tyrrell Hatton also jumped three spots to No. 15 following his third-place showing in Dubai. Haotong Li, who edged McIlroy and Hatton for the title, moved up 28 spots to a career-best No. 32 in the latest rankings.

Thanks to a T-23 finish at Torrey Pines in his first official PGA Tour start in a year, Tiger Woods jumped 108 spots to No. 539 in the world. 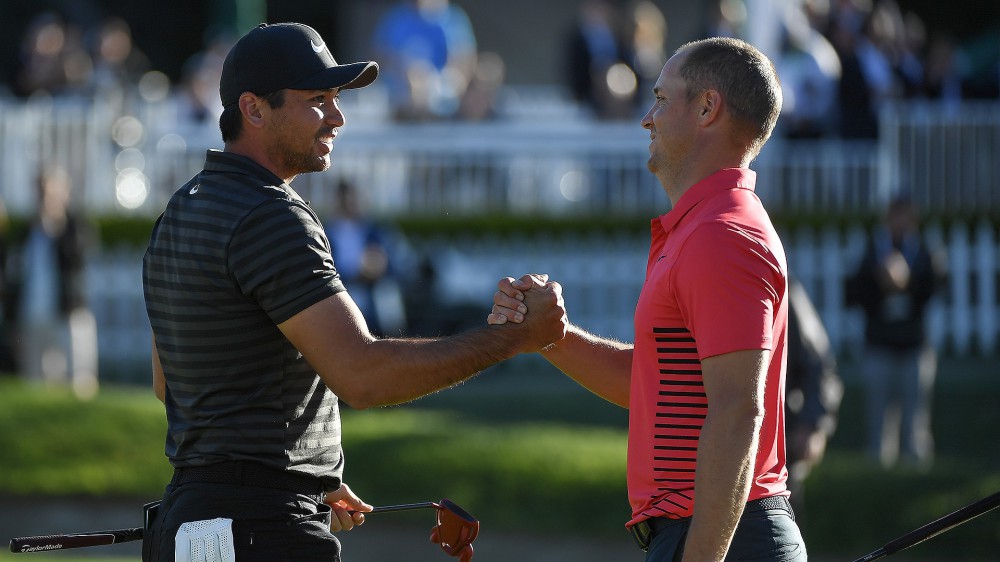