JERSEY CITY, N.J. – After another loss and with his team on the brink of defeat, Jason Day offered up a terse but accurate assessment of the week thus far for the Internationals at the Presidents Cup.

“Unfortunately, we just didn’t have it today. More so myself,” Day said. “You know, it sucks.”

Day was paired with fellow Aussie Marc Leishman for the third straight session at Liberty National, as captain Nick Price put them out in the morning’s opening match in an effort to turn the tide in what had become an American rout after Friday’s fourballs session.

But Leishman rinsed his opening tee shot, and Jordan Spieth and Patrick Reed took control of the match with four straight birdies on Nos. 11-15 to put another U.S. point on the board.

The Americans took 3 ½ out of a possible four points in the session, opening the possibility that they could clinch the cup before Sunday’s singles matches. For Day, it’s yet another loss in the foursomes format, where his individual Presidents Cup record dropped to 0-5-3.

Day made his foursomes debut in 2011 at Royal Melbourne, where he went 0-1-1 alongside another Aussie, Aaron Baddeley. He posted the same foursomes record two years later at Muirfield Village with Graham DeLaet, and he lost foursomes matches in 2015 in South Korea alongside both Steven Bowditch and Charl Schwartzel.

Day and Leishman combined for a half-point Thursday in a foursomes match with Kevin Kisner and Phil Mickelson, one of only four matches all week that haven’t ended in an outright U.S. victory. 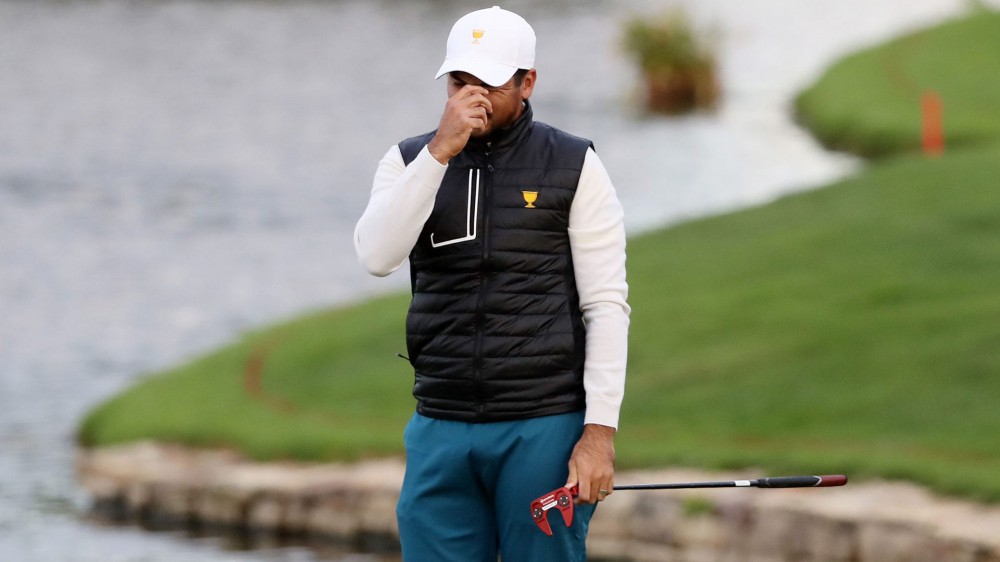