AUGUSTA, Ga. – With a record-breaking five men tied for the lead entering the third round of the Masters, it was clear that there wasn’t enough room for everyone on the classic white leaderboards that line Augusta National.

While players like Webb Simpson and Tony Finau made unexpected charges into contention, some of the major champions who started the day at the top of the standings faltered. That included Jason Day, who was among the quintet of co-leaders at 7 under but now finds himself seven shots back after a disappointing 1-over 73.

Day struggled to get much going on a day when birdies seemed readily available, and his green jacket hopes likely met their demise when his wedge approach to No. 15 rolled back into the water, leading to a double bogey.

“On the par 5s, I couldn’t get it going. I played the par 5s in 2 over today, so that’s obviously thoroughly disappointing with how things were going after the first two days,” Day said. “Then I just was out of position all day with my driver. Unfortunately, I just couldn’t get it on the fairways and get myself back into position to give myself a legitimate chance to make a birdie, especially on the par 5s.”

But Day was not the only co-leader to see his title chances take a hit. Louis Oosthuizen, who lost here in a playoff in 2012, played his first five holes in 2 over and failed to recover, shooting a 1-under 71 despite a birdie on the last. He now sits five shots behind Francesco Molinari.

One shot further adrift is 2013 champ Adam Scott, who got within two shots of the lead after a birdie on No. 13 but struggled down the stretch, carding bogeys on Nos. 16 and 18 that dropped him into a tie for ninth. For Scott, the issue as it’s been so often in the past was with his putter, as two of his three bogeys resulted from three-putts.

“I struggled with the pace of the greens. I found them very slow, maybe the slowest I’ve ever seen them here,” Scott said. “It’s a bit of a battle. I find the uphillers so slow, and I kind of geared my putter for fast greens. So I kind of hope they cut them short tomorrow.” 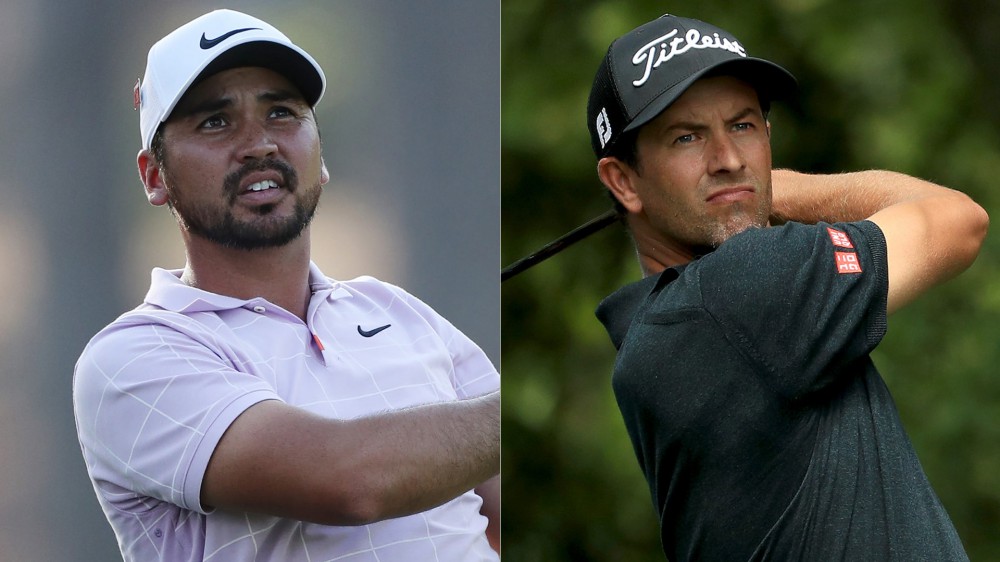