Debate rages on: Putting with flagstick in 'sacrilege' at Augusta?

AUGUSTA, Ga. – The new Rules of Golf that were introduced this year have been endlessly dissected, but next week’s Masters promises to rekindle at least one part of the debate.

Since the start of the year, players have been asked their thoughts on putting with the flagstick in the hole – which was a change initially aimed at speeding up play but has become a competitive game-changer for some.

“It will be different, but we’ve watched it all year on Tour. Times change,” shrugged Mark O’Meara, the 1998 Masters champion.

Some have been critical of the new rule – particularly at Augusta National – and on Sunday Adam Scott, who is among a growing number of players who putt with the flag in, was asked if he thought the act was “sacrilege?”

“I putted with a broom-style [putter] and it was considered sacrilege and they banned [anchoring],” said Scott, who won the 2013 Masters using a broom-handle putter. “Maybe they will ban putting with the flag in as well.”

Most players who have taken to putting on the PGA Tour with the flag in say it creates a point above the ground that makes it easier to judge speed. It also creates something of a backboard on fast, downhill putts, which might make it a more popular option at Augusta National.

“Maybe we will see [putting with the flag in] more because we do get those kinds of fast putts here,” Scott said. 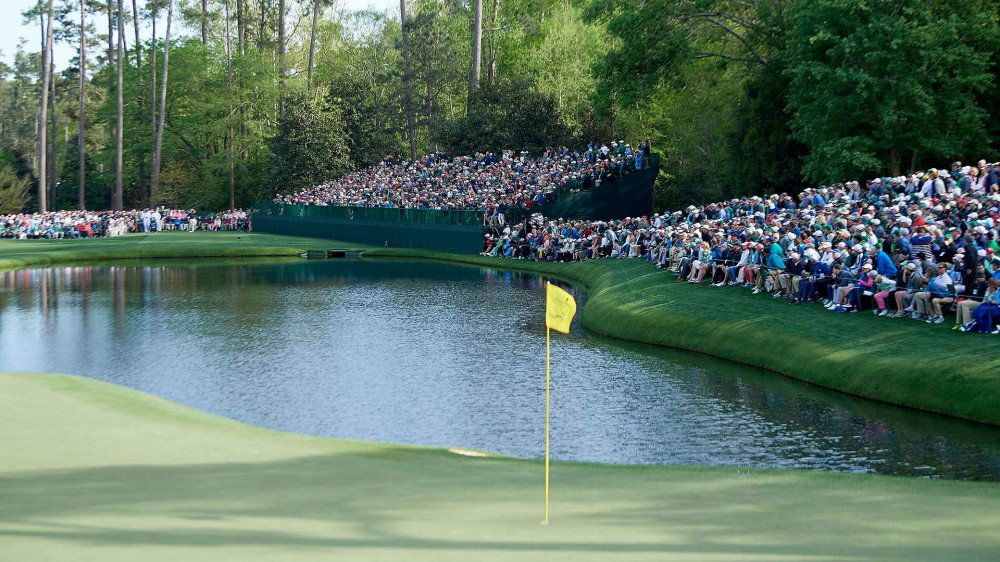