FARMINGDALE, N.Y. – Playing to a par-70 this week and stretched to more than 7,400 yards Thursday, the Black Course at Bethpage State Park was in many ways the winner of the opening round of the PGA Championship.

While Brooks Koepka’s bogey-free 63 showed the riddle could be solved, there were far more bogeys than birdies on a day when only 16 players broke par. It produced the type of scoring average fans have grown accustomed to seeing in a major championship, but in the eyes of Bryson DeChambeau it also represented a troubling trend.

DeChambeau opened with a 2-over 72, carding just two birdies, and he now trails Koepka by nine shots. Speaking to GolfChannel.com, he shared his viewpoint that when it comes to major championship venues, longer does not always mean better.

DeChambeau is 44th on Tour this season, averaging 301.3 yards per shot, and he shared that he followed his drives with a 4-iron approach on multiple occasions Thursday, resorting to hitting hybrid on the 489-yard 10th hole.

DeChambeau extolled the annual setup at Augusta National, lauding its mix of long and short holes as a more comprehensive test, and pointed to 2013 U.S. Open host Merion Country Club as an example that majors can be successfully contested on layouts where length is not the primary defense.

“That tests the best ball-striker. That’s what majors are supposed to be about. It’s not supposed to be a driving contest,” he said. “You just can’t make golf courses that long with guys on the lower end of the stick driving it 275, 280, 290 and then hitting hybrids into greens.” 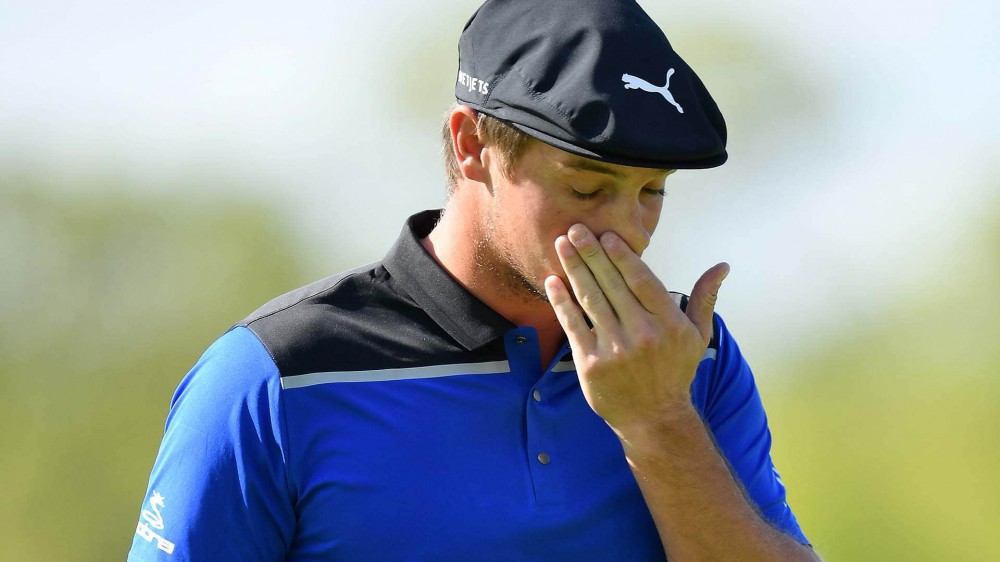