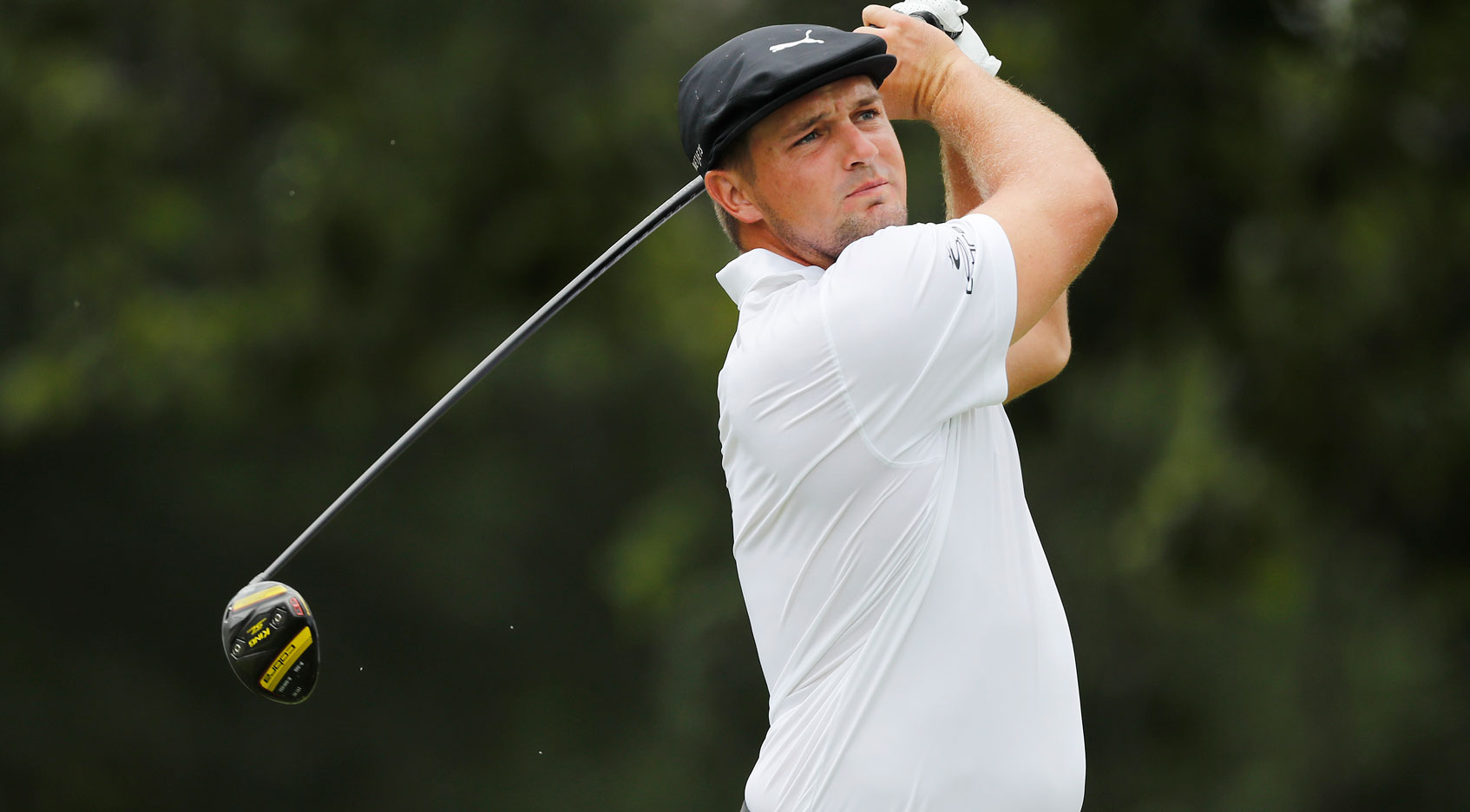 LAS VEGAS — Bryson DeChambeau put on another power display Thursday and it worked just as well as when he won the U.S. Open.

In his first start since winning at Winged Foot last month, DeChambeau had two-putt birdies on all three of the par 5s and two of the par 4s on his way to a 9-under 62 and a one-shot lead in the Shriners Hospitals for Children Open.

It matched his career low, and that was all that disappointed him at the TPC Summerlin. He knew his 15-foot eagle putt from the fringe on the par-5 ninth was for his best score on the PGA TOUR.

“I was not happy it didn’t go in, but I’ll take a 62,” said DeChambeau, who won this tournament two years ago. “I’m very pleased with how I played today. Didn’t hit it my best, but I put it in the right spots a lot of the times today.”

Patrick Cantlay, a winner and twice the runner-up in his last three appearances in Las Vegas, did his best to catch him. Cantlay made a 12-foot birdie putt on the 18th for a 63. His only blemish was a long three-putt bogey on the 14th.

“The birdies will come out here if you’re patient and play smart,” Cantlay said. “Today they did, so hopefully the next three days are more of the same.”

Harold Varner III, Scott Harrington, Nate Lashley and Austin Cook also were at 63. Six players were at 64. With no wind and warm air, the course played nearly 3 shots under par.

It’s easy to overlook putting when DeChambeau is swinging for the fences — he actually cleared the fence and put a dent in a car park behind the range on Wednesday — but he had a pair of 10-foot par saves and made his first birdie on No. 12 with an 18-foot putt.

DeChambeau easily reached the 314-yard 15th hole, the start of a dynamic finishing stretch at the TPC Summerlin. More impressive was smashing driver on the 381-yard seventh hole toward the end of his round, the ball rolling onto the green to about 15 feet as the group ahead of him was still putting.

“I felt incredibly bad about that,” DeChambeau said. “I had no idea that they were on the green. They were ahead of us all day and I felt like they were off the green on 7 because of the time that we took on a few of the holes before that. So that was my mistake and I felt really bad.”

He said he would find Chesson Hadley, among those in that group, to apologize.

Sergio Garcia, coming off a victory last week in Mississippi, opened with a 66. Former Open champion Francesco Molinari shot 70 in his first competition since the COVID-19 pandemic halted golf on March 13.

This was a big statement from DeChambeau in his first round since winning the U.S. Open. He took a unique approach at Winged Foot by trying to hit it as far as possible on every hole, realizing it would be tough for everyone to hit the narrow, bending fairways, so he might as well get as close to the green as he could.

It was the perfect recipe for Las Vegas, with the warm desert air and barely a breath of wind. The scoring was low, which is typical of this tournament, and only six of the 72 players who teed off in the morning failed to break par.

This is the only tournament DeChambeau plans to play ahead of the Masters on Nov. 12-15, which means skipping a pair of big-purse, no-cut fields in Las Vegas and California the next two weeks. He wants time to work on a 48-inch driver, the length seen in Long Drive Championship contests, for Augusta National.

DeChambeau played alongside two other big hitters, U.S. Open runner-up Matthew Wolff and Cameron Champ, who hits it as far as DeChambeau without looking as though he’s trying as hard. Champ had a 67, while Wolff had a 68.

No one was happier than Rob Oppenheim, the first alternate who arrived at the course 30 minutes before the first tee time of 6:45 a.m. He was bracing for a long day and instead got a tap on the shoulder when Greg Chalmers withdrew from the 7:55 a.m. start time. Oppenheim was in the group at 64 that included Emiliano Grillo, Andrew Landry and Brian Stuard.

“Tried to Monday qualify and missed that in a playoff, so just getting into the field is a complete bonus,” Oppenheim said. “You never know when a tee time is. Was fortunate to get that call and take advantage of a good start.”