DeChambeau gets foursomes, fourball mixed up

SAINT-QUENTIN-EN-YVELINES, France – Bryson DeChambeau is an accomplished player when it comes to match play, having captured the U.S. Amateur and starred on a Walker Cup team. But don’t ask him to explain the semantic difference between the formats in play at this week’s Ryder Cup.

DeChambeau became crossed up Tuesday at Le Golf National when he was asked about the intricacies of foursomes play – better known to many Americans as alternate shot.

“Fourball, foursomes, I always get those mixed up,” DeChambeau said. “It’s just easier for me to say alternate shot.”

Thankfully for DeChambeau, he still has some time to make a distinction between the two before the matches begin in earnest. And when they do, it’ll be fourballs for the morning sessions both Friday and Saturday, with foursomes in the afternoon – a change from the 2016 matches when DeChambeau was on the grounds at Hazeltine as a spectator.

While the foursomes format brings with it added pressure in an already tense environment, one of the biggest concerns is how well players can adjust to using the ball of their partner on a given hole. DeChambeau is known to leave nothing to chance in his preparation, and he’s already circled that particular factor as he gets set to make his Ryder Cup debut. 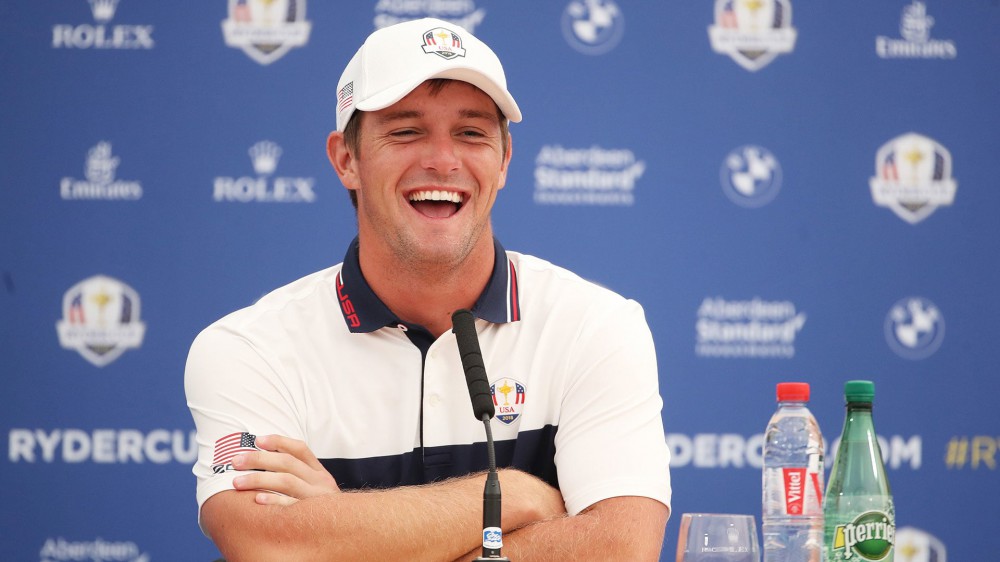