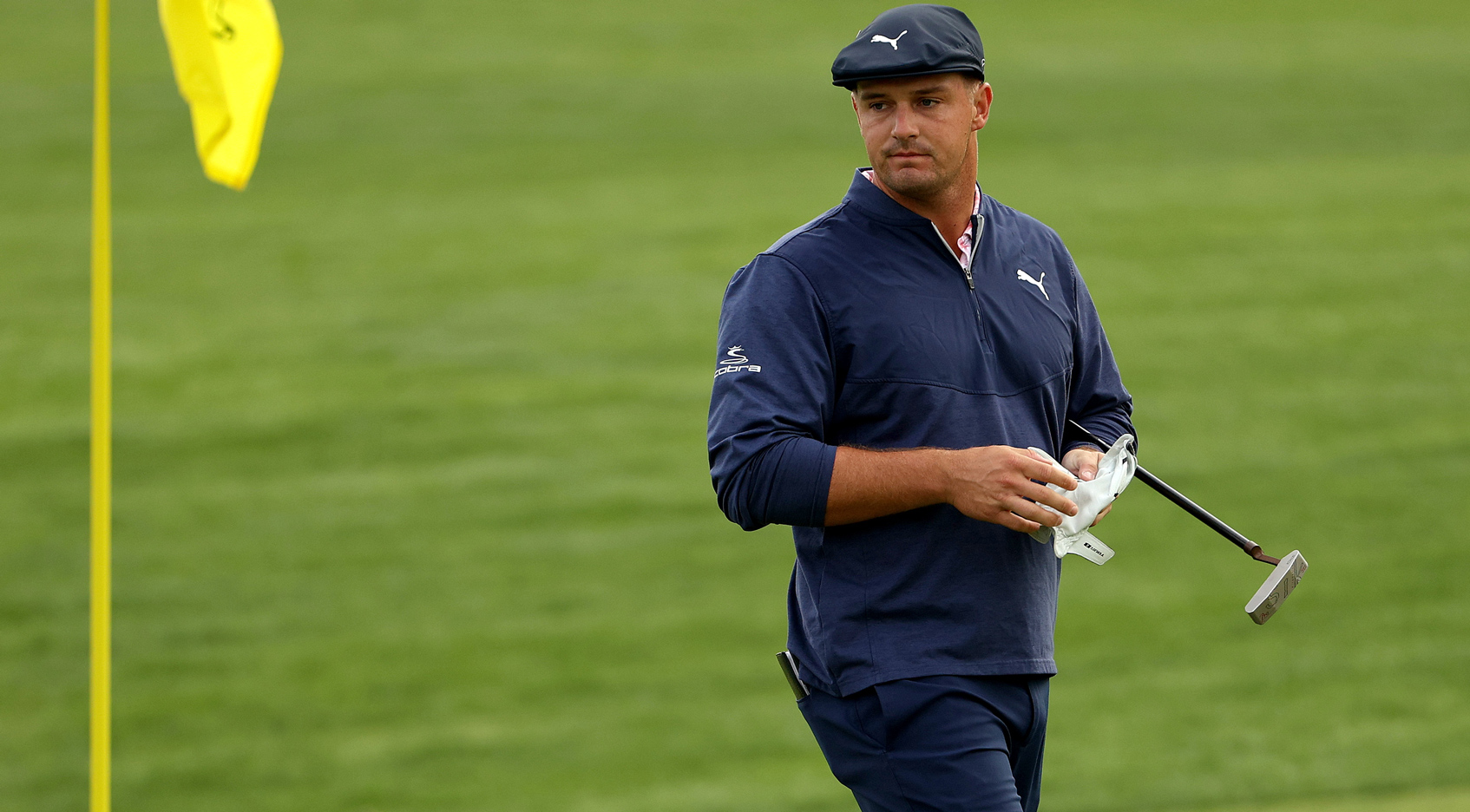 AUGUSTA, Ga. – Bryson DeChambeau will make the cut at the Masters, but just barely.

And he’ll move on to the final two rounds despite not feeling 100 percent.

“Not good, to say the least,” he said of his play. “I was feeling something a little weird last – two nights ago, and I came out yesterday and was fine for the most part. As I kept going through the round, I started getting a little dizzy. I don’t know what was going on, a little something weird.

“So I got checked for COVID last night, and I was fine, nothing,” he added. “But I had to do the right thing and make sure there was nothing more serious than that. I don’t know what it is or what happened, but these past couple days, I’ve felt really, really odd and just not a hundred percent. Some of that’s played into it. I just feel kind of dull and numb out there, just not fully aware of everything, and making some silly, silly mistakes for sure.”

After he had bogeyed his last two holes for a 2-over 74 to sit at even par, DeChambeau needed help from Jordan Spieth at the 18th hole and Rafa Cabrera Bello at the ninth. Had either made birdie it would have moved the cut to 1 under par, knocking out everyone at even par.

Spieth lost his drive in the trees and had to fight just to make the cut himself, the 2015 Masters champion rolling in a 15-foot par putt to keep his tournament alive.

“You know, sometimes it’s more nerve racking trying to make the cut than it is trying to win the tournament,” Spieth said.

Cabrera Bello missed the ninth green but got up and down for par, also making the cut.

Augusta National announced on Monday that the Masters cut would no longer use the 10-shot rule and would be changed to only the low 50 and ties. DeChambeau was part of an 11-way tie for 50th, as was Collin Morikawa, the winner of the PGA Championship.

Notables to miss the cut included:

Matthew Wolff – Runner-up to DeChambeau at the U.S. Open and Rocket Mortgage Classic, Wolff got off to a hot start in his first Masters but scores of 70-77 weren’t good enough.

Tyrrell Hatton – Winner of the Arnold Palmer Invitational presented by Mastercard never clicked at Augusta National, shooting 73-74 to finish 3 over and miss by three.

Francesco Molinari – Was in control of the Masters last year until double-bogeys on 12 and 15 sent him down to a T5 finish, two behind Tiger Woods. Shot 72-78 this time to miss cut by six.

Jason Day – Trendy pre-tournament pick had four top-10 finishes at the Masters, including a T2 in 2011, but blew up with a 78 in the second round to bow out early at 4 over.

DeChambeau fought a right miss in Round 2, and for the second straight round hit just 11 greens in regulation. He double-bogeyed the 13th hole in the first round, and triple-bogeyed the par-4 third hole in the second. The third and 13th holes are two of the shortest on the course.

Where exactly his tee shot wound up at the third hole – he had to take a lost ball and return to the tee to hit three – is unknown. It’s assumed to have plugged in the wet grass.

“It just seems like there’s a lot of things going not in the right way,” DeChambeau said. “I’ve certainly played worst golf than this and won golf tournaments.  So, you know, it’s one of those things where it’s golf.  You can’t control everything as much as you try.

He had an eagle putt when he returned to the 13th hole at 7:30 a.m. Saturday to complete his second round, but missed it and settled for a birdie to get to even par. A birdie at 14, where his drive missed way right but kicked off a tree back into the fairway, got him into red numbers.

More driving problems, though, left him in the right trees at the par-5 15th, where he had to settle for par. A birdie at the par-3 16th seemed to give him breathing room, but he closed with bogeys at 17 (again missed right with his drive) and 18 (airmailed green from 150 yards in fairway).

As for his health, he said he started feeling dizzy Thursday night.

“Yeah, every time I’d bend over and come back up, I’d like lose my stance a little bit,” he said.  “So I don’t know what’s going on.  I’ve got to go and do some blood work and get checked out and figure out what’s going on for this off‑season.”