AUGUSTA, Ga. – Bryson DeChambeau’s work ethic is the stuff of legend, but his preparation for the Masters was extreme even for the Mad Scientist.

Last week at Dallas National, DeChambeau had a 14-hour range session where he tested five different shafts in his wedges. He hit only 125 balls on the gear system while trying to figure out why he was “on the wrong side of the spin loft curve.”

“After careful observation and some really deep, deep thinking about what’s happening with some cool depictions of how the club was moving through the ball, we started to realize it was something we could do with the shafts,” DeChambeau explained. “We went the other way with the way I was previously thinking, and it actually started to work.”

It worked so well Thursday that DeChambeau carded nine birdies – including on six of his last seven holes – to shoot 6-under 66 and share the early lead at the Masters. He capped the round with a tap-in birdie on the closing hole, when his approach shot clanked off the flagstick and wound up an inch from the cup.

“Should have pulled the flagstick out,” he said, chuckling.

DeChambeau’s marathon range sessions are nothing new, of course. He said that he’d have the occasional work day in Fresno, Calif., with swing coach Mike Schy in which he’d start at 6:30 a.m. and finish at dark.

“If I get driven enough to where it’s been a long enough time to where we haven’t figured something out, I will exhaust every resource until I figure it out,” DeChambeau said. “I become almost a little, in a positive way, OCD about trying to complete something. …” 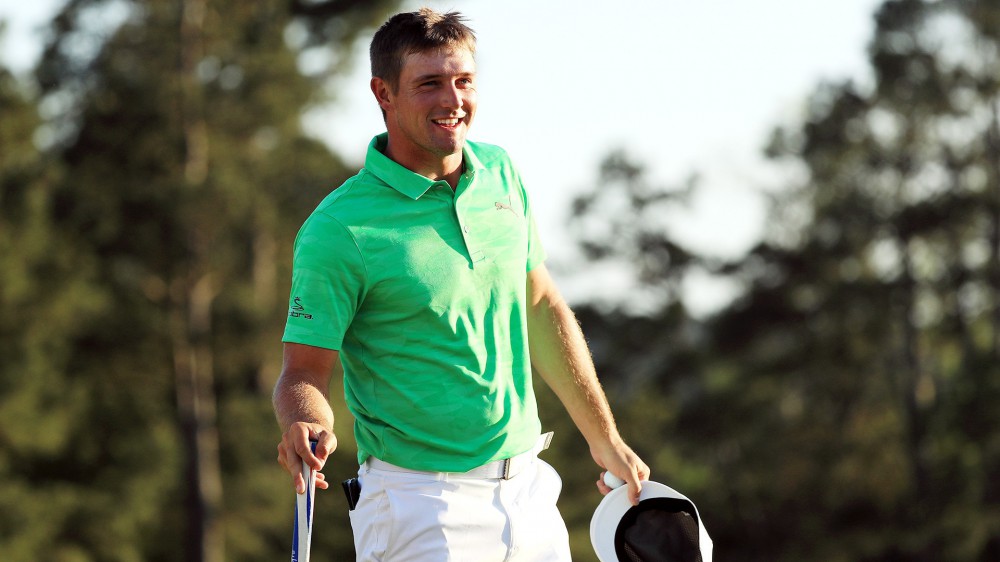