DeChambeau plans to leave flagstick in for putts in 2019

Leave it to Bryson DeChambeau to find a creative way to capitalize on the upcoming changes to the USGA rule book.

The governing body has a number of significant changes planned for 2019, including the elimination of any penalty for hitting the flagstick when putting from on the green. While such an action is currently a two-shot penalty under Rule 17-3, starting next year players will have the choice to leave the pin in for putts of any distance.

DeChambeau, who has previously defied convention with tactics like side-saddled putting and using a compass to double check pin positions, indicated on a recent Golf Channel podcast that he plans to leave the flag in for putts starting next year, and he amplified that stance in a recent Golf.com report.

“It depends on the COR, the coefficient of restitution of the flagstick,” DeChambeau said. “In U.S. Opens, I’ll take it out, and every other Tour event, when it’s fiberglass, I’ll leave it in and bounce that ball against the flagstick if I need to.”

According to DeChambeau, the thicker, metal pins at a U.S. Open will force him to adjust his strategy, but typical fiberglass pins will offer “a higher propensity for it to go in the hole” when struck by a ball.

Up to No. 6 in the latest world rankings, DeChambeau is the highest-ranked player in the field this week at the Shriners Hospitals for Children Open. Still putting with the pins out, he opened with a 5-under 66 in Las Vegas and sits three shot off the early lead set by Peter Uihlein. 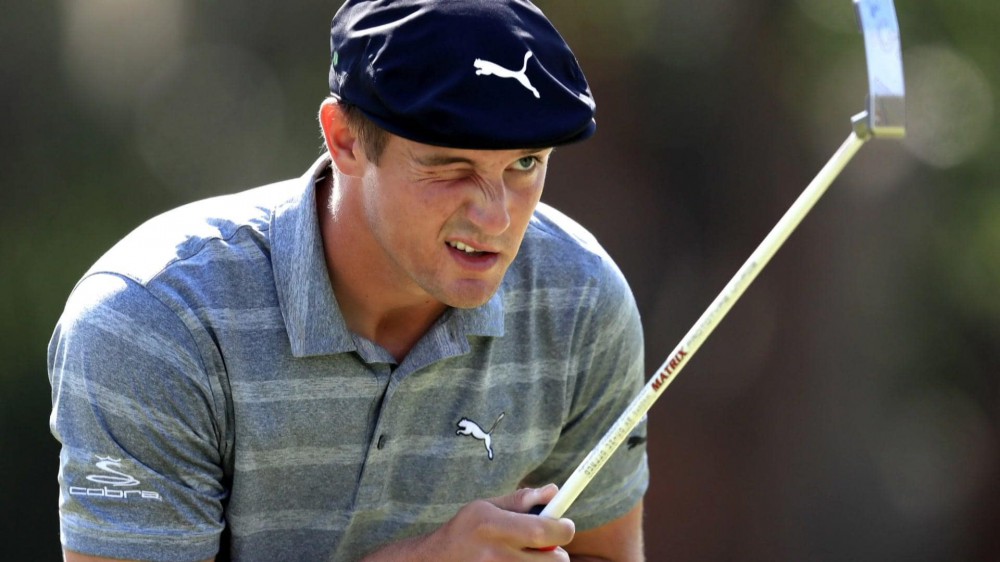