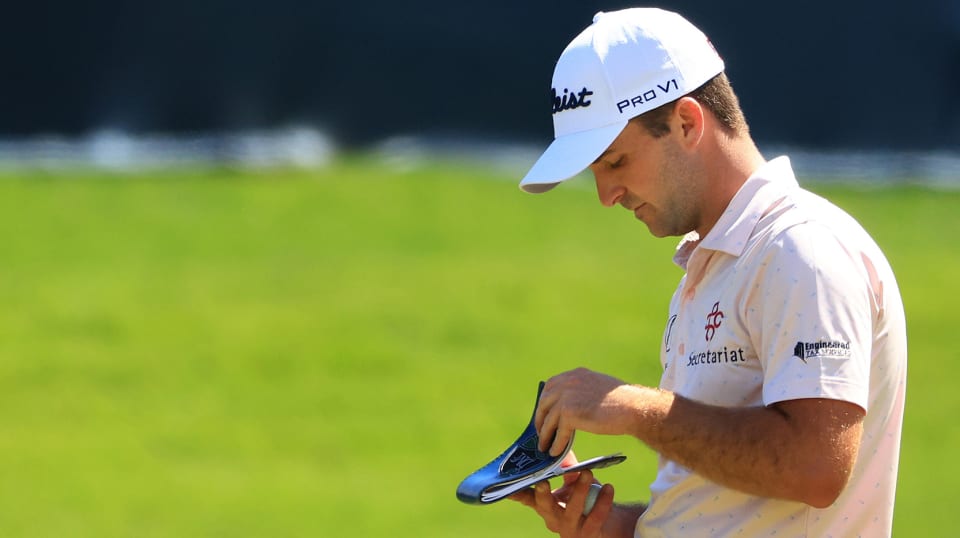 PONTE VEDRA BEACH, Fla. – Denny McCarthy, who came into this week having missed six of his last eight cuts, aced the 165-yard third hole en route to a second-round 69 and a 6-under total through the first two rounds of THE PLAYERS Championship at TPC Sawgrass.

It was McCarthy’s first hole-in-one on TOUR.

“I just had a really good number today to that pin,” he said after sprinkling in two birdies and one bogey Friday morning to tie Brian Harman (71) and Bryson DeChambeau (69) for the early clubhouse lead. “It was a perfect 8-iron for me, and just stepped up there and executed the shot.

“Got a little lucky to go in,” he added.

Although he’d made two aces in practice rounds, this marked his first in a tournament.

McCarthy has some positive mojo in the Jacksonville area. He won the 2018 Korn Ferry Tour Championship at nearby Atlantic Beach Country Club, securing his PGA TOUR card.

“Definitely some good vibes here in Jacksonville,” he said. “Actually, I talked about it yesterday, one of my buddies Ben Coles played there yesterday and brought back some good memories for me. Living in Florida the last five, six years, I just am comfortable when I get on Florida grass, even though this is overseed. I had a good week last week. Didn’t quite get the result I wanted, but it was nice after kind of a poor West Coast for me.”

McCarthy closed with a 76 for a T26 at the Arnold Palmer Invitational presented by Mastercard last weekend. While not the result he’d hoped for, he said it still gave him some momentum on Bermudagrass.

“Yeah, I love this place,” he said of TPC Sawgrass. “I think it suits my game well. You don’t need to be long. I hit a lot of 3-woods and 5-woods off the tee today. I think it’s just unique. I’m someone who, I don’t see many stock shots, I like to curve it off tees a little bit, and when I need to use my imagination, I think that works to my benefit.”