NORTON, Mass. – Whether Phil Mickelson will be able to influence U.S. Ryder Cup captain Jim Furyk’s decision is debatable, but at least he gave himself a chance.

Mickelson rolled in a 5-footer for par at his last hole on Saturday, the par-4 ninth, and appears poised to make the cut at the Dell Technologies Championship.

Lefty needed to play his last five holes in 2 under par and was 2 over for the week and just inside the cut line when he completed his round.

“The negative is I really got off to a horrible start and really struggled those first seven or eight holes, and the positive was I was able to fight back from being 5 over for the tournament and get it back to the cut line,” said Mickelson, who played his first five holes on Saturday in 4 over par. “I hit it terrible today, but it wasn’t far off. If I go out and drive it well tomorrow on pure greens I should be able to shoot a good round.”

Mickelson is hoping to be one of Furyk’s captain’s picks when he announces three of his four selections on Tuesday, and having two more rounds at TPC Boston to make his case can only help.

He’s played on every U.S. Ryder Cup team since 1995, but this is the first time he’s failed to be among the automatic qualifiers.

“I’m just not focused on [the Ryder Cup]. I’m 10th on the FedExCup and if I play well it will be easy for [Furyk],” Mickelson said. 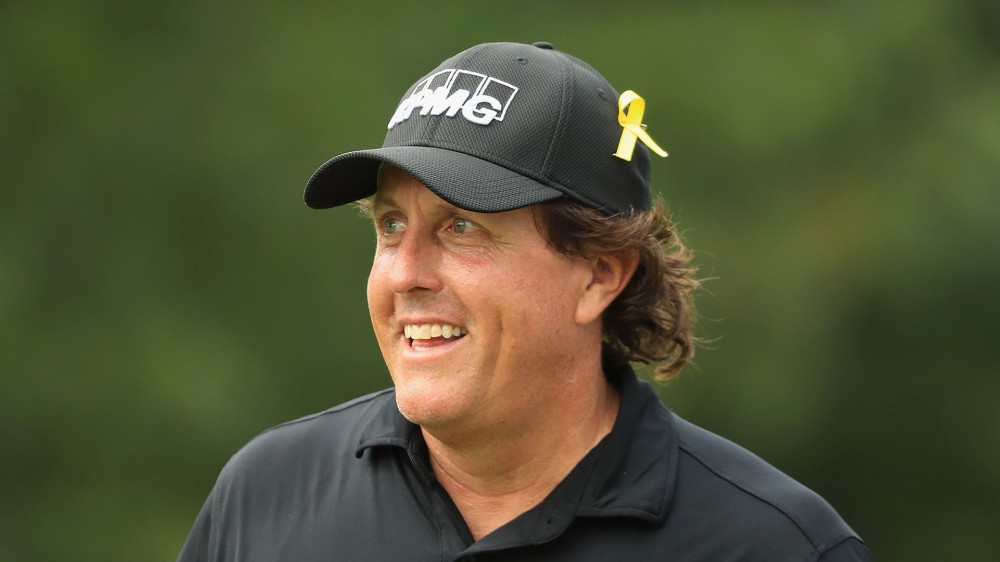