RANCHO MIRAGE, Calif. – A woozy Michelle Wie sat down in the middle of the second fairway Friday at the ANA Inspiration, sheltering herself from the sun with an umbrella while waiting for the green to clear.

She sat down in the shade throughout the day, when opportunities arose.

The dizzy spells that derailed her early in the first round were back again, she said, but they didn’t ruin her scorecard this time.

On the contrary, she thrived between her little breaks.

Wie posted a 5-under 67, bouncing back from Thursday’s 75. She got herself back inside the cut line, with three shots to spare.

“Just definitely was not feeling that great,” Wie said. “I just talked to the doctor last night, and he said it’s definitely some kind of ear virus thing, and definitely having a little bit of vertigo going.”

Wie said she felt better than she did Thursday, but still off. Her caddie, Matthew Galloway, made the day easier for her.

“I just sat down every chance I could,” Wie said. “My caddie helped me a lot out there, just getting all the numbers. I asked him to read every putt for me, because I just couldn’t see everything.”

Wie said she was going to see a doctor after her round. 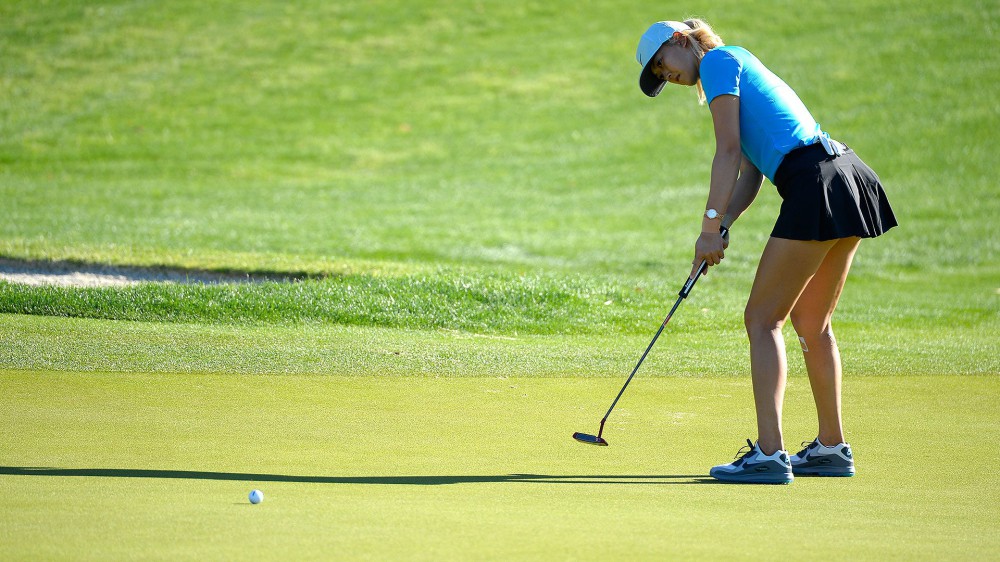