OLD WESTBURY, N.Y. – Dustin Johnson went with a new putter on Thursday at The Northern Trust, but that wasn’t the reason for his improved play. Well, it wasn’t the only reason.

Johnson put a new TaylorMade prototype putter in play at Glen Oaks – one similar to the Scotty Cameron model he used earlier in his career and en route to his 2016 U.S. Open win – on his way to a 5-under 65 which left him one stroke off the lead at the playoff opener.

“I knew I’ve been rolling it well. Practicing the last couple days with it. I wasn’t too worried about it,” said Johnson, who gained 1.417 shots on the field according to the strokes gained-putting statistic. “I got a little bit more feel with the putter, instead of the Spider I was using. I was getting a little bit too mechanical and I was worrying about too many things when I was putting instead of just putting.”

Although the improved feel with his putter helped on Day 1, Johnson said the key to his round was rediscovering the rhythm in his golf swing that had been missing the last few months.

Johnson compared his swing on Thursday to the way he was able to control his golf ball earlier in the year when he won three consecutive starts, including two World Golf Championships.

And how did he find that rhythm?

“I needed a break, just mentally, physically, just to get away, enjoy some time with Paulina and some friends,” he said, referring to last week’s family vacation in the Bahamas. “Did a lot of diving, spearfishing. Had a great week.” 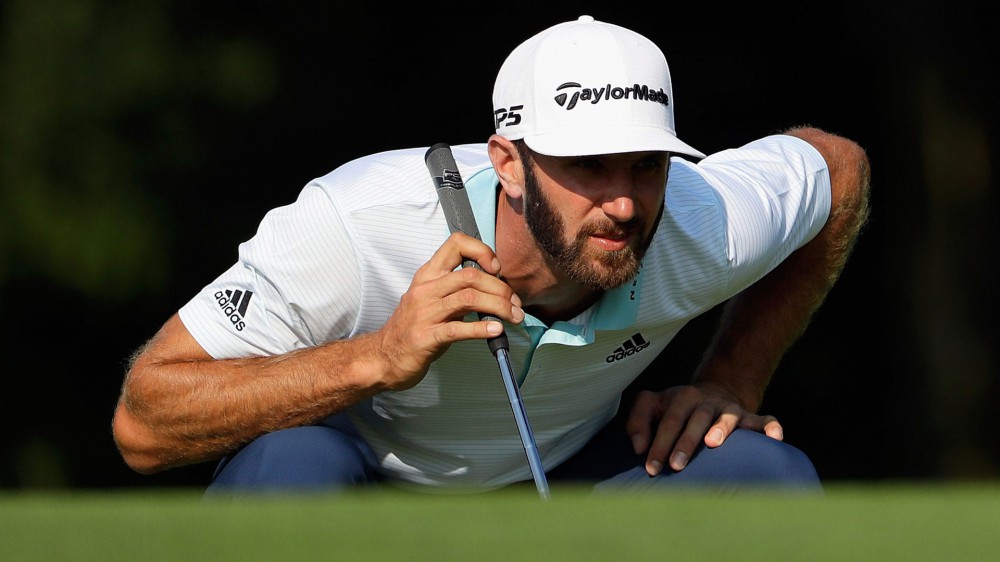