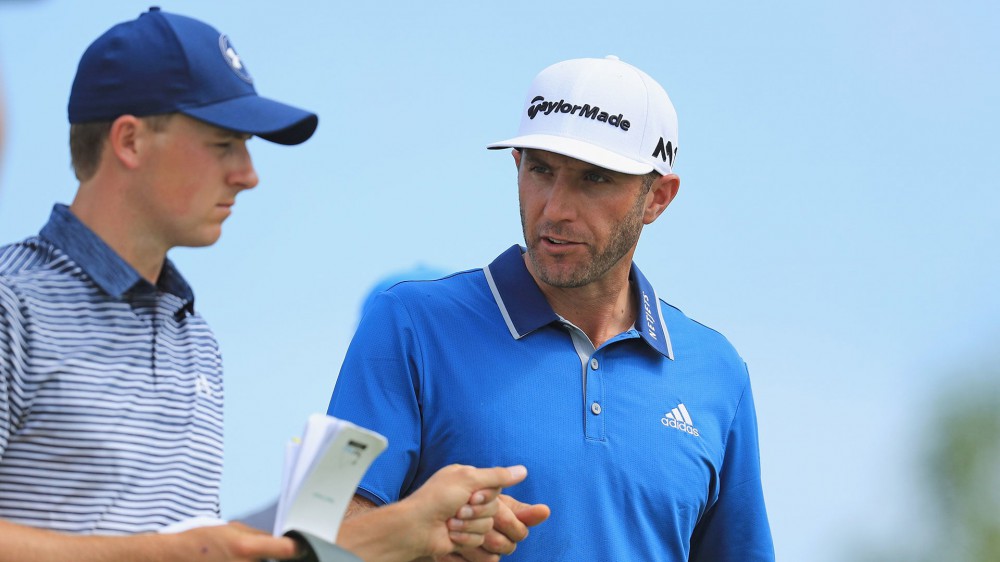 Dustin Johnson was apparently involved in another moving-ball sanfu at the U.S. Open.

But this time, it wasn’t his.

According to Golf.com, Johnson, while heading to look for his ball in the fescue right of the seventh fairway on Friday, accidentally kicked the ball of his player partner Jordan Spieth, whose drive had come to rest in the rough.

Luckily, unlike last year, there were zero consequences for the parties involved.

After consulting with a rules official, Spieth under Rule 20-3C was allowed a free drop near the approximate location of where his ball had originally come to rest, and neither player was assessed a penalty, per Rule 18-4.

Spieth went on to birdie the hole and make the weekend, while Johnson missed the 1-over cut, leaving him to spend some quality time with his newborn son.