PONTE VEDRA BEACH, Fla. – Don’t be surprised to see Dustin Johnson flash a couple fingers this week on the greens at TPC Sawgrass.

After struggling with his putting in his most recent start at the RBC Heritage, Johnson has become the latest player to dabble with the AimPoint system for reading greens. It’s a technique whereby, in part, players gauge the amount of break in putts by putting their fingers out in front of their face.

The change paid immediate dividends Thursday at The Players Championship, where Johnson rolled in more than 111 feet of putts en route to a 6-under 66 that gave him a share of the early lead.

“It’s definitely helped,” Johnson said. “Because I’m a feel putter anyways, and so the way you’re doing it really is you’re just feeling it, so it definitely, it works.”

Johnson tends to struggle on the Stadium Course, and a T-12 finish last year serves as his best result in nine career appearances. In the eyes of the current world No. 1, much of his battle has been waged on the putting surfaces of the Stadium Course.

“I think just struggled on the greens here. They’re tough,” he said. “I feel like they’re tough to read. But today I felt like I did a very good job reading the greens.”

AimPoint wasn’t the only change Johnson made this week, as he also switched to a new TaylorMade Spider Mini putter for the first time. His opening-round highlights included a 34-foot birdie on No. 18 and another birdie on No. 16 from just inside 21 feet.

Johnson played a nine-hole practice round Wednesday with Adam Scott, who has been a longtime user of the AimPoint technique. But Scott didn’t realize that Dustin and his brother-turned-caddie, Austin, had decided to follow suit during competition until after he finished his opening round.

“Quite a duo doing AimPoint out there,” Scott said with a smile. “I just tried not to let them confuse me with AimPoint, because I’ve been doing it good for quite a few years.” 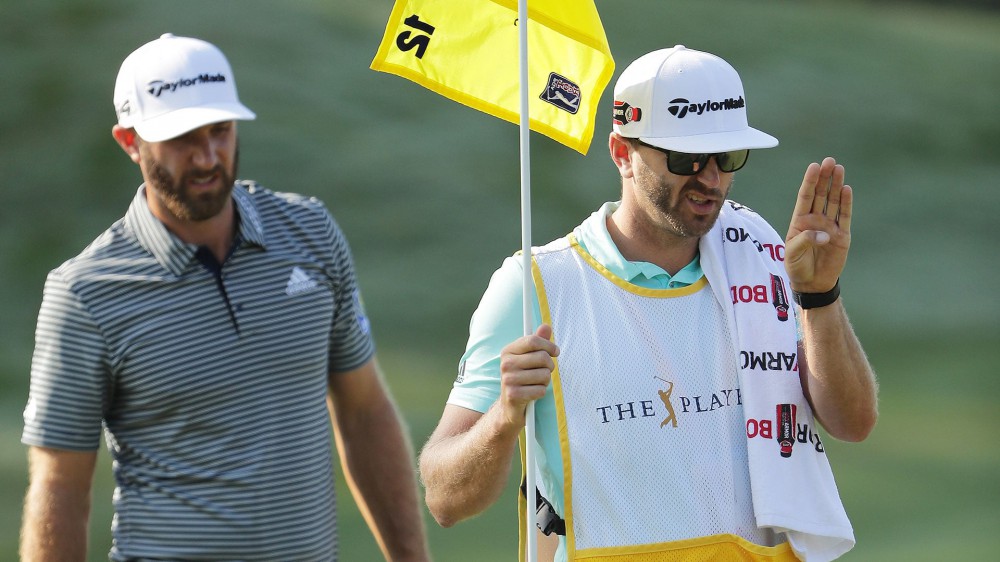