MEXICO CITY – This was not the Dustin Johnson we’ve come to expect, certainly not at a World Golf Championship.

This is, after all, the same man who ran through the first two WGCs in 2017, winning the Mexico Championship and Dell Technologies Match Play, amassing the most WGC titles (five) of anyone other than Tiger Woods (18).

But on Thursday at Chapultepec Golf Club, the world No. 1 just didn’t have it. He mixed six birdies with two bogeys and a double bogey-6 at the 14th hole when he bounced his tee shot off a tree and out of bounds.

“I had some really good holes, I had some really bad holes. I felt like I was just struggling all day, just grinding,” Johnson said. “Shooting 2 under, it’s not terrible around here. The way I hit it, I probably should not have shot 2 under.”

Johnson conceded he was saved by his putting on Day 1, converting 15 of 18 attempts from inside 10 feet and finishing sixth in the field in strokes gained putting.

Still, his 2-under 69 left him tied for 13th place, five strokes off the lead, which is something of a positive for Johnson. Last year’s WGC-Mexico Championship was his first event as world No. 1, but there is a scenario where Jon Rahm can unseat him this week.

If Rahm wins – he’s currently in seventh place – and Johnson finishes outside the top 58 in the 64-man field, the Spaniard will move into the top spot. So some 2-under rounds are better than others. 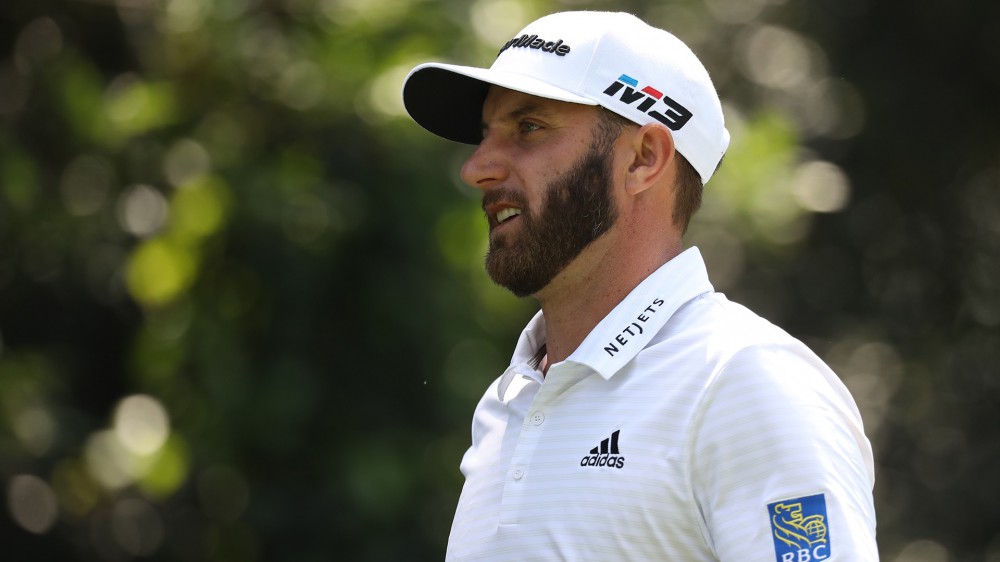