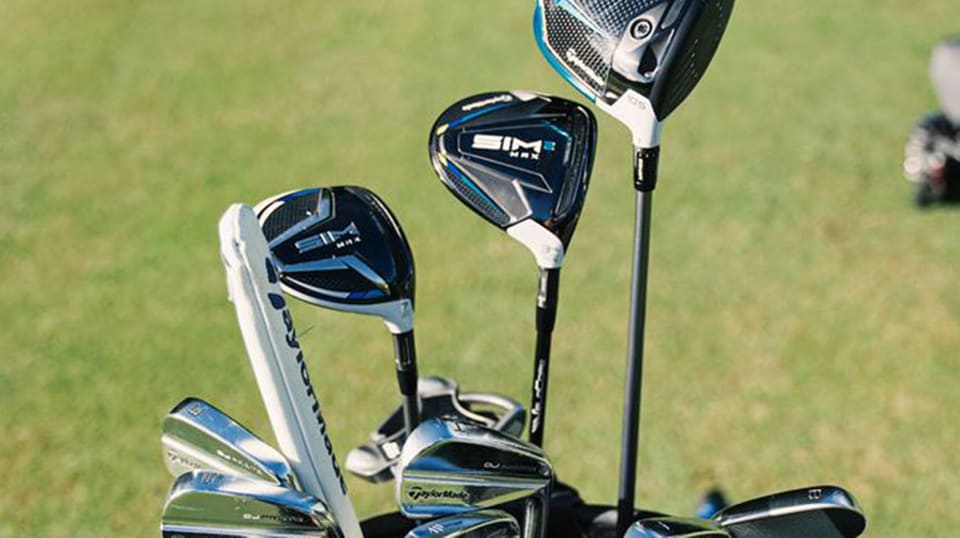 Jon Rahm’s switch to Callaway received most of the early-week equipment buzz at the Sentry Tournament of Champions, but two of the game’s biggest names also have new gear in play.

Both Dustin Johnson and Justin Thomas are using new drivers this week at Kapalua. They’re paired together Thursday in the day’s final group, which will tee off at 5:30 p.m. Eastern.

Johnson, the reigning FedExCup champion, has put TaylorMade’s new SIM2 driver (10.5 degrees) in the bag this week. The club will have his trusted Fujikura Speeder 661 X shaft. Johnson also is adding the SIM2 HL 3-wood (16.5 degrees) with a Fujikura Ventus Black 9 X shaft. Johnson found higher ball speeds with the new driver, but most noticeably more forgiveness across the face.

“I’m going to play the new SIM2 this week. … I really like it,” Johnson told reporters about the SIM2 driver. “I think it looks great, it’s got a great feel. … I’m always looking for more distance and more consistency. But the one I’m playing right now seems to be working pretty well.”

While we don’t have any technical details on the new SIM2, it hit the USGA’s conforming list last week and seeding (the process of putting the club in TOUR players’ hands) began this week. TaylorMade looks to have upgraded the original SIM design by moving more weight to the perimeter of the club, including a heavy rear weight for a higher momentum of inertia (and greater forgiveness) and higher launch. Additionally, the weight track of SIM has been replaced by a new structure.

It was also announced Thursday that Johnson, who has used TaylorMade equipment since turning pro, has signed a long-term extension with the company.

Thomas has a new driver after recently changing balls, as well. He started using the new ProV1x late last year to add height to his iron shots. He put the ball in play at the Mayakoba Golf Classic presented by UNIFIN, where he finished T12.

“I was trying to get a little bit more height on the ball, trying to be able to hold greens a little bit better when they get firm or with long irons,” said Thomas, who led the TOUR in Strokes Gained: Approach last season.

Thomas was a little later to the party in terms of getting into the new Titleist TSi3 driver but seems to have found a combo that works. The biggest issue for Thomas at the tail end of last year was spin off the lower-launching TSi3 head.

After some testing with Titleist Tour Rep JJ VanWezenbeeck, they settled on the higher-launching Fujikura Ventus Red 6 X. This combo not only increased ball speed by 4 mph (175 to 179 mph) but also kept launch the same and only dropped spin down 200 RPM (2,300 to 2,100). Previous combos found spin dropping sub-2,000, which was a non-starter for Thomas. He is using a 9-degree head in the driver.

“The big improvement for Justin with TSi is the increase in ball speed,” VanWezenbeeck said. “His ball speeds were up at least a couple miles per hour versus his TS3, and with the new shaft we were able to dial in his launch and spin and get him that ball flight that he loves to see and gives him the most confidence.”

The difference in the TSi3 versus Thomas’ TS3 can be done by honing in on the “i” in the new club’s name.

“… According to Titleist, the TSi2 has an improved high/low inertia of 13%, while the TSi3 comes in at 10%. In the world of engineering, single percent advancements are considered a big step so for Titleist to hit double digits on both products should be considered a big leap.”