OLD WESTBURY, N.Y. – Having already taken one trip down Glen Oaks’ 18th hole on Sunday, Jordan Spieth knew the wind had switched for the first extra hole at The Northern Trust.

Spieth had just teed off and was lamenting his choice not to take a more aggressive line down the left side of the fairway which would bring a water hazard into play, but with a helping wind it shouldn’t have been a problem.

Johnson’s drive sailed 341 yards, just 26 yards more than Spieth’s drive but with the angle DJ took it left him an approach shot that was nearly 80 yards closer to the green.

“I should have stepped up there and taken that line,” Spieth said following his playoff loss. “But the wind was flipping all day. For me to sit there and try and trust a 300-yard carry when we just played the hole into the wind was going to be a little difficult.”

Johnson learned his lesson when he played the 18th hole in regulation following a drive down the right side of the fairway that found a bad lie in the rough. The world No. 1 was forced to layup but converted a 17-footer for par to force extra holes.

“Right after I hit my drive [in regulation], I was like, ‘What am I doing?’ I hit myself in the worst possible spot that I could be in,” Johnson said. “I told [caddie Austin Johnson], ‘If we go into a playoff, there’s no way I’m going to the right again. Unless the wind is in the face.’ It’s actually a hard drive for me to go down the right side.” 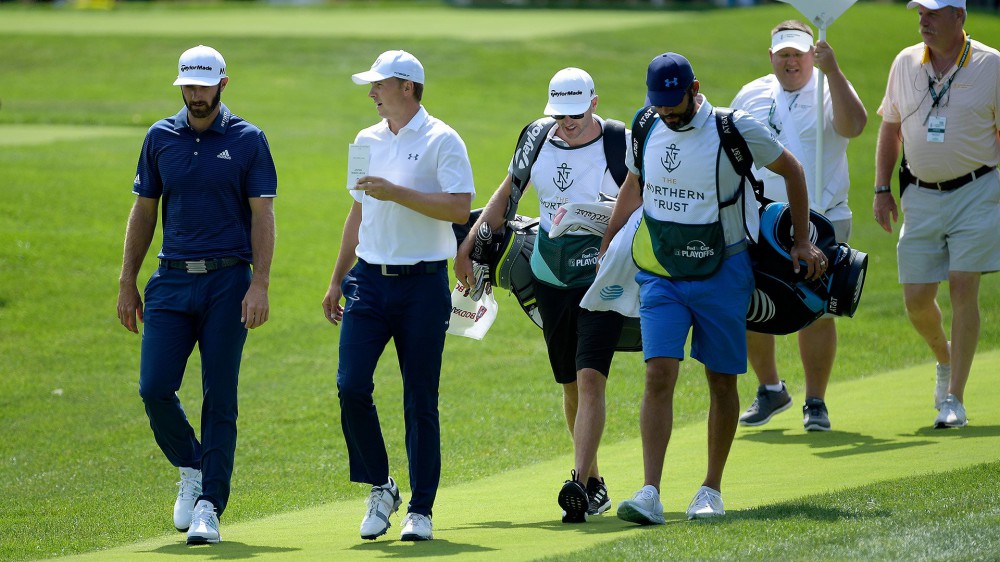