HILTON HEAD ISLAND, S.C. – In his four previous rounds at the RBC Heritage, Dustin Johnson had only broken par once and had never posted a card in 60s, so consider Thursday’s opening 69 progress for the world No. 1.

Despite four bogeys, including a miscue at his final hole (No. 9) after a wayward drive, Johnson was tied for 14th when he completed his round and five strokes off the lead.

“I played OK. I missed a few short putts there on the front side, which is my back side. But overall hit it pretty good,” said Johnson, who missed the cut in previous two starts at the RBC Heritage.

Considering Harbour Town’s confined fairways and relative length, at 7,099 yards it’s one of the shortest layouts on the PGA Tour, Johnson didn’t hit many drivers, but still struggled off the tee finding just 9 of 14 fairways.

Last week at the Masters, where he tied for 10th, it was Johnson’s putter that kept him from contending late into the final round, and he wasn’t much better on Harbour Town’s greens. He needed 28 putts and ranked 91st in the field in strokes gained: putting. 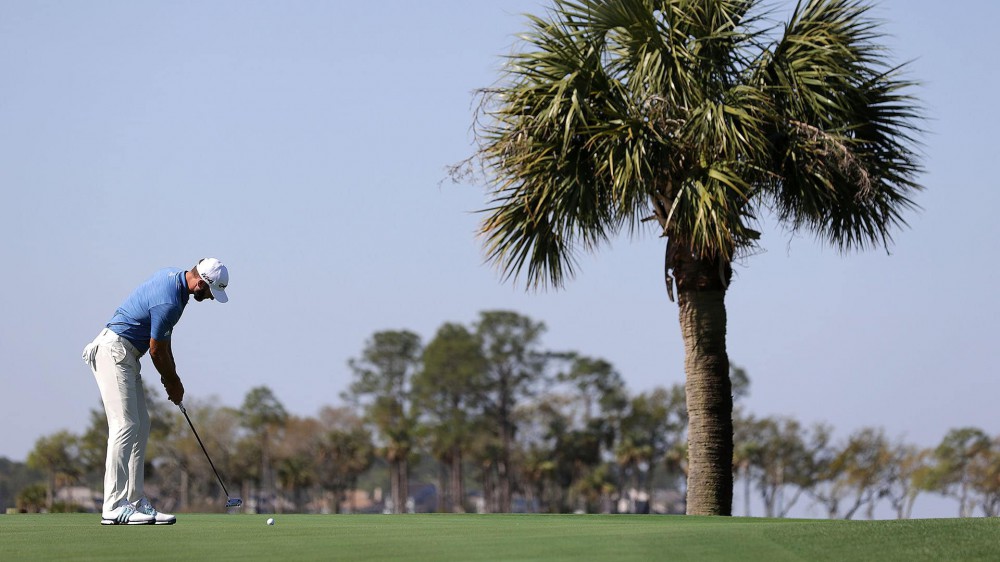