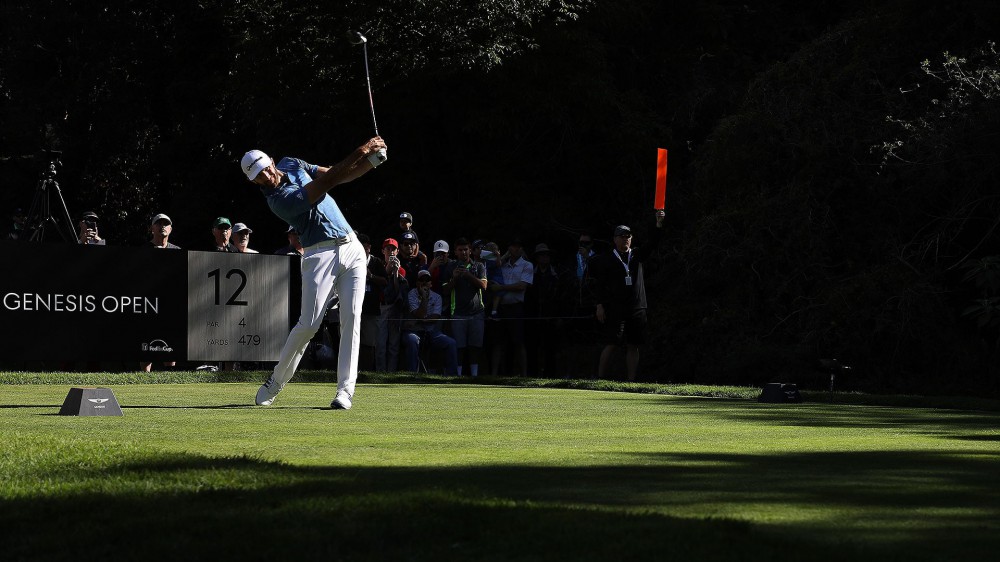 LOS ANGELES – As he headed up the steep staircase that connects Riviera’s 18th green to the first tee box that sits just outside the clubhouse, Dustin Johnson turned to his brother, Austin, and made a declaration.

“I knew making the turn, I looked over to A.J. and I said, ‘We’ve got 27 holes to see how good we are,’” Johnson said. “We can get back in this thing if we play really well.”

As it turns out, Johnson’s estimation was right on the money. The world No. 1 appeared headed for a certain missed cut at the Genesis Open after opening with a 3-over 74 that featured a triple bogey on the fifth hole. But he battled back during the second round, making the cut with a shot to spare, and picked up another shot Saturday after starting on the back nine.

From there, Johnson began his 27-hole test in grand fashion. An eagle on the par-5 first was followed by four more birdies, and a second-nine 29 gave Johnson the low round of the day (64). It also moved him to 6 under for the week, where suddenly the defending champ has a realistic chance to repeat.

“I think I just did everything well,” Johnson said. “I drove it in the fairway for the most part and just hit some nice shots, left myself with some makeable putts, and the difference was I just rolled in a few putts today.”

Johnson has cracked the top 10 in six of his last eight trips to Riviera, and he hasn’t finished worse than fourth here since 2014. He explained that a slight adjustment to his stance on the range prior to the round paid immediate dividends, and he enters the final round in a tie for eighth, four shots behind Bubba Watson.

Johnson won last month at the Sentry Tournament of Champions and finished T-2 last week at the AT&T Pebble Beach Pro-Am. Now, despite a rocky opener, his prospects for another high finish remain bright after the first third of his 27-hole audition exceeded even his expectations.

“I’ve got 18 holes tomorrow again, so you never know what’s going to happen,” Johnson said. “I need to get off to a good start again.”