Home Golf News & Information DJ, up 2, enjoying how much he's thinking at Chapultepec 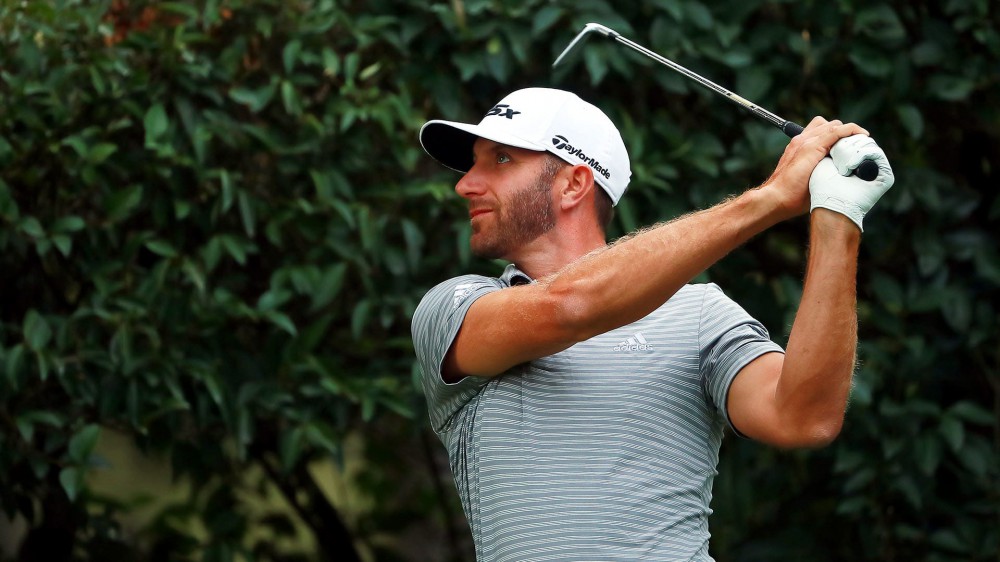 The 2017 winner at the WGC-Mexico Championship is once again atop the leaderboard following bogey-free rounds of 64-67 at Club de Golf Chapultepec. Through 36 holes, he leads Rory McIlroy and Matt Kuchar by two at 11 under par.

While this golf course does afford DJ some opportunities to be aggressive cutting corners, some holes do take the driver – his most powerful weapon – out of his hands. The common assessment is that Johnson plays a ball-go-far brand of golf, a bomb-and-gouge style that relies very little on strategy or management.

But that’s not the case here in Mexico City — where precision is everything — and he likes it.

“I just enjoy playing this kind of golf,” referring to the Chapultepec’s tight, quirky design and having to adjust for 7,800 feet of elevation. “It makes you focus. You’ve got to think. And you’re doing a lot of calculations with the numbers and trying to figure out how far the ball is going to actually go.”

“So, I enjoy it. And, yeah, I like this golf course. It does set up well for me. It’s pretty narrow, but it’s treelined, so I do like that.”

Friday marks the first time in Johnson’s career that he’s kept a clean card through two rounds. It also marks the 11th time he’s led or co-led after a WGC round; in that respect, he’s second only to Tiger Woods.

It should come as no surprise then that Johnson is beginning to separate himself as the second-most dominant force in the history of the World Golf Championships. Woods, of course, has 18 WGC titles. DJ has racked up five, including one at each of the four events. He’s even won this particular event on two different venues, here at Chapultepec and at Doral back in 2015. Phil Mickelson and Geoff Ogilvy have each won three WGC titles. No one else has more than two.

A win here on Sunday would separate Johnson from his peers in another way. He’d become just the fifth player in the last 50 years to reach 20 PGA Tour wins before the age of 35, putting him in the company of only Woods, Mickelson, Johnny Miller and Tom Watson.

But of course, he’s not thinking that far ahead.

“What? Oh, no, we still got 36 holes to go,” he said. “I’m in a good position going into the weekend, but a two-shot lead is not very much, especially around here. You can make a lot of birdies. But with 36 holes to go, I’m just trying to put myself in a position tomorrow to give me a chance to win on Sunday.”