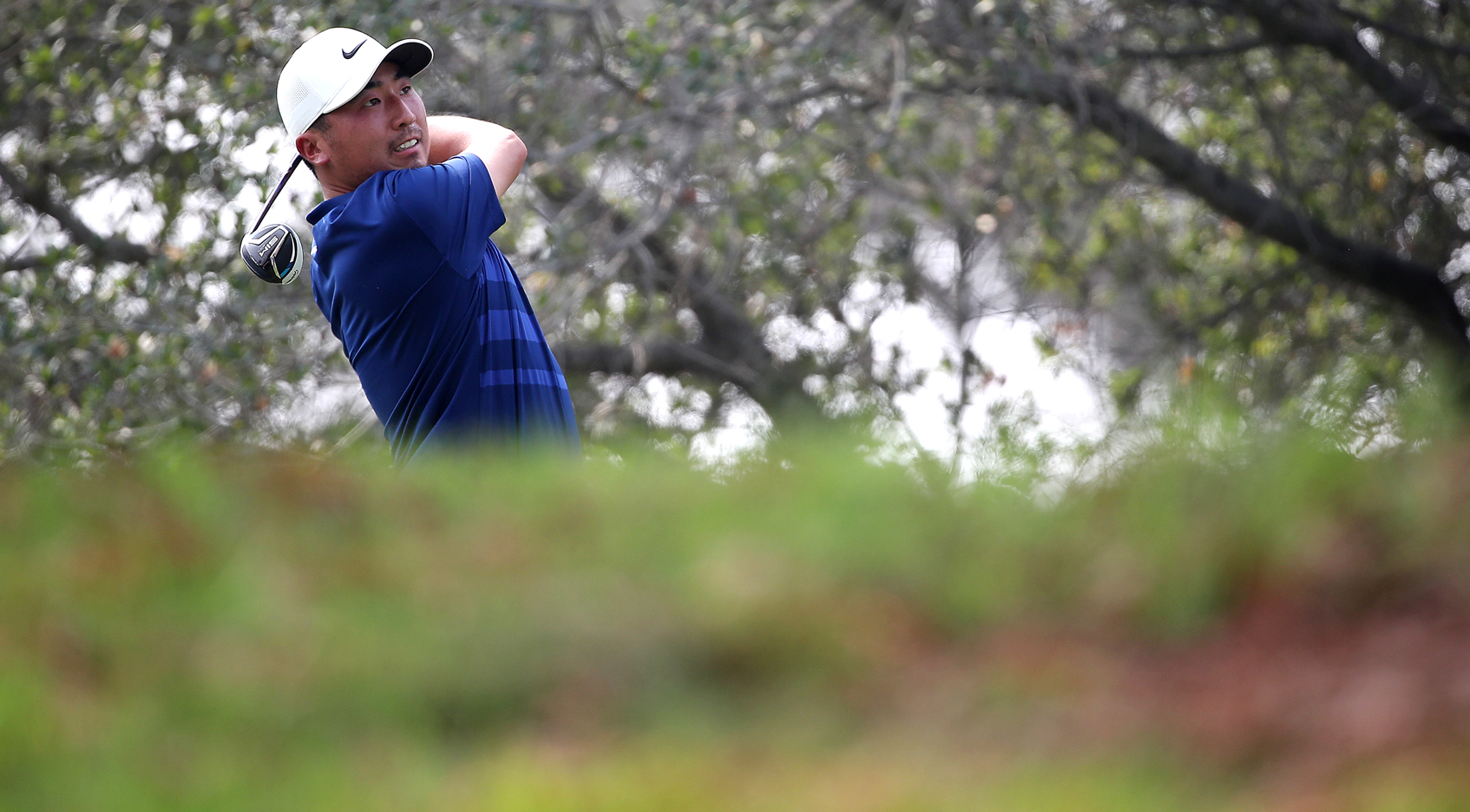 “Seeing guys like Will Zalatoris and Davis Riley and Scottie Scheffler doing as well as they have done, I didn’t have that type of success for me to feel settled in. Kind of just barely made it, and all of a sudden I was running on fumes and trying to compete against even better players on harder golf courses.”

The hiatus gave Ghim a chance to refocus and experiment, both with his swing and equipment. The results have shown. The 24-year-old arrived at this week’s Bermuda Championship with two top-25s in his last three starts, and he has maintained the momentum early at Port Royal Golf Club.

Ghim carded an opening-round, 7-under 64 – all seven birdies coming in his final 12 holes – to stand one back of early leader Peter Malnati.

In a normal season, Ghim’s 184th-place finish on the 2019-20 FedExCup would have necessitated a return to the Korn Ferry Tour Finals, with no guarantee of maintaining TOUR status.

But with an adjusted eligibility policy ensuring that all 2019-20 TOUR members maintained TOUR status in 2020-21, Ghim earned a second life of sorts. Entering the Bermuda Championship at No. 70 on the 2020-21 FedExCup, the 2017 U.S. Amateur runner up is maximizing the situation.

“The comeback to golf, the four or five events that I got to play before the (2019-20) season was over were huge for me … it gave me confidence, because I saw everything going in the right direction,” Ghim said.

“And the idea that everyone starts back at zero was amazing for me, because it’s really hard to come back into a season where you’re (184th) in the FedExCup and trying to make the Playoffs from there.

“Even if I was playing great, you already feel like you’re way behind. So it was a nice refresher to get to (the Safeway Open) and see everyone at zero, play well, and be in a good position right off the bat.”

During the hiatus, Ghim changed to a set of clubs similar to those he played in college – “similar feels, similar shafts and everything.” He started working with a new mental coach, striving to view things from a fresh perspective.

The University of Texas alum has always maintained an appreciation for the opportunity to play golf for a living. His parents, Jeff and Susan, each immigrated from South Korea and later met in Chicago – Susan was a flight attendant; Jeff worked in architecture after serving in the South Korea military. They worked hard to support their son’s dreams, making use of twilight rates at public courses and the American Junior Golf Association’s grant program.

Now Ghim is living out his dream on the PGA TOUR – and positioned to chase a title on the shores of Bermuda.

“It was nice to get away and try to realize that I had a great opportunity to be here on TOUR, and not put too much pressure on myself,” Ghim said. “I knew that if I could just play the way that I know how to play, without comparing myself to anyone else, I’ll be fine.

“To be able to start back fresh, it kind of feels like the rookie year that I want to have so far, playing a lot better and obviously having a better attitude going into it. I’m looking forward to the rest of the season.”