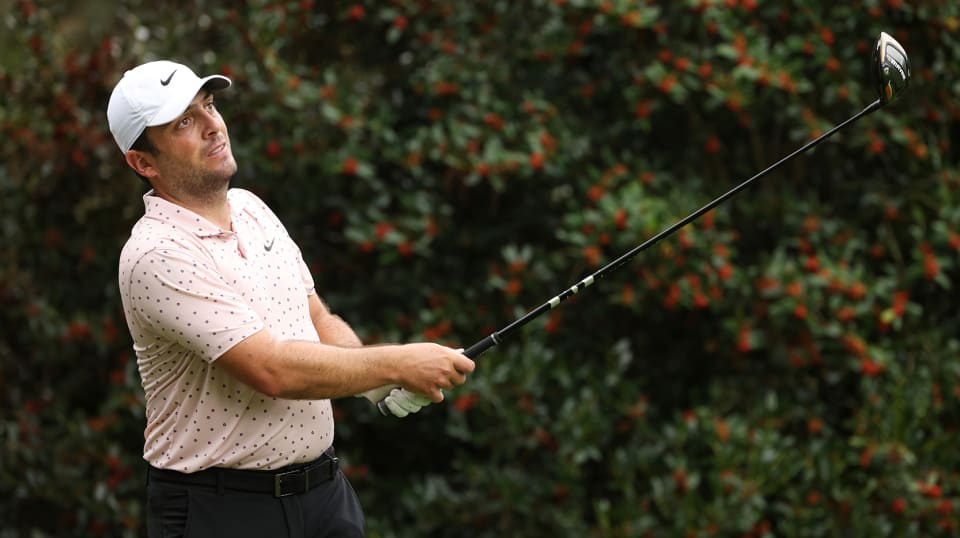 The PGA TOUR heads back out to the West Coast this week for the AT&T Pebble Beach Pro-Am. This year the cut will take place after 36 holes on Friday (instead of after 54 holes on Saturday) and only two courses will be used as the event will not include the usual Pro-Am featuring celebrity amateurs. Pebble Beach Golf Links — which plays as a par 72, measuring 7,051 yards — will be the host course and where all the weekend action will be featured, but Spyglass Hill will be rotated in during the first two days of play. Monterey Peninsula, which is usually the third course at this event, will not be included in the rotation this year.

This year the AT&T Pebble Beach Pro-Am will feature a different format as only two courses will be in play, as opposed to the regular three, and no amateurs will be at the event. Typically, the three-course rotation and slow amateur rounds have led to some long-shot winners such as the likes of Ted Potter Jr. (2018) and Vaughn Taylor (2016), who both went off at greater than 300-1 odds in their wins here. Last year’s winner, Nick Taylor, was also a long shot, going off at odds of 150-1 or greater pre-event.

As for setup, Pebble Beach doesn’t cater to bombers as it only measures in at 7,051 yards and requires a lot of “clubbing-down” off the tee due to dogleg layouts and short fairways. Driving distance here is typically anywhere from 10-15 yards less than the TOUR average while driving accuracy stats are often higher than normal. This really de-emphasizes the off-the-tee aspect a bit and makes it more of a shot-maker event — as opposed to a bomb and gauge venue — where approach play and short-game dominate. Six of the top seven players here last season gained 1.2 strokes or more around the greens as Pebble Beach features some of the smallest greens on TOUR and leads to poor greens in regulation percentages for the field as well.

We’ve seen a variety of players do well here over the years, but around the green masters like Jason Day (+3000, $9,500), Phil Mickelson (+6600, $8,600) and Jordan Spieth (+3000, $9,700) have dominated over the past five seasons, with Day landing top 5s here in each of the past four years. Approach play is also important this week and from a strokes gained perspective, it’s likely the stat you should be emphasizing the most given that a player’s ball-striking generally has less variance attached to it. Si Woo Kim (+3500, $9,400) is a name that is trending well in both the around the green and approach aspects of the game, as he ranks second in SG: ATG stats and eighth in SG: APP stats over the past 50 rounds on TOUR. Kim was also T4 at this event back in 2019.

Currently set at 154 golfers, the field this week is a full-size one, which will mean that getting six of six players through the cut will be a trickier task than normal. Meanwhile, some poor weather could also wreak havoc with lineups this weekend, as well. Be sure to keep the weather forecast in mind this week as course rotation and tee times could mean slight advantages in conditions for one wave over the other.

Spieth is a former winner of this event and finished T9 here last season. The T9 from 2020 really emphasizes how well Pebble Beach meshes with the three-time major winner’s game, as that top 10 was his last on TOUR before his T4 finish last week at the Waste Management Phoenix Open. Spieth gained over four strokes on his approaches at Pebble Beach last year and comes in off his best finish in nearly two years. Spieth gained seven strokes with his irons alone last week at the WMPO and was also sharp on and around the greens there. While he’s lost strokes OTT in 12 straight events now, we’ve already noted how that fault can be overcome at Pebble Beach, where recent winners have rarely dominated in that area of the game. Spieth’s DraftKings price and odds have taken dramatic shifts this week but he still looks like a good target for lineups here. Joining him as a strong target at the top is Daniel Berger (+2000, $10,100), who finished T5 here last year and started his season with two top 10s in Hawaii. A rare missed cut last week at the WMPO has likely given us a strong buying opportunity. Berger ranks 12th in SG: Ball Striking stats over the past 50 rounds.

Molinari is the other comeback kid I want to target at the top this week. Like Spieth, Molinari was stuck in a slump prior to the beginning of the season but has now posted back-to-back top 10s on TOUR. Both his T8 at the American Express and his T10 at the Farmers were marked by him gaining over two strokes on his approaches (he gained 4.1 at the Farmers on APP) and his elite around the green game has also made a return as he has now gained strokes ATG in five straight starts to enter this week. Molinari has never officially played in this event BUT he did finish T16 here at the U.S. Open in 2019 and the setup couldn’t be better for a player who is dialed in with his irons and has the kind of short game that can stand up to poor weather if needed. The former Open Champion still offers us some decent value at these prices.

Noren’s coming off a couple of solid starts and could be a nice play here given how well he scrambles. The Swede comes in ranked 12th in SG: Around the Green and 13th in SG: Putting stats over the past 50 rounds, so any kind of poor weather could play into his hands if the event becomes more of a survival test. While he didn’t finish off the Farmers well, he did open that event with a 64 and has shown some affinity for these West Coast events over his career as he lost in a playoff at Torrey Pines back in 2018 and was T22 at last year’s PGA Championship in San Francisco. Peter Malnati (+7000, $7,800) is a similar type of player who could thrive this week and has already posted two top-15 finishes to start the year, gaining 3.4 strokes on APP at the Farmers alone. He finished T11 last year and makes for another nice mid-tier target.

Thompson’s a player who has shown some solid results playing on the West Coast over his career, posting a career-best major finish of T3 at the U.S. Open in 2012 at the Olympic Club in San Francisco. The American remains one of the best putters on TOUR and has looked in solid form to begin the year, posting T5 and T25 finishes at the American Express and the Sony Open, respectively. Thompson has played the Pebble Beach Pro-Am six years running, and while he’s missed the cut here four times, he’s also mixed in a T10 finish and a T19. Of note is the fact that he’s gained strokes on his approaches in each of his past five appearances at Pebble Beach, so with the tournament switching to just two venues, perhaps the extra round at Pebble may launch him to a big week. He’s a solid long-shot target at these prices and a player who has shown more confidence of late after picking up his second career win last summer at the 3M Open.