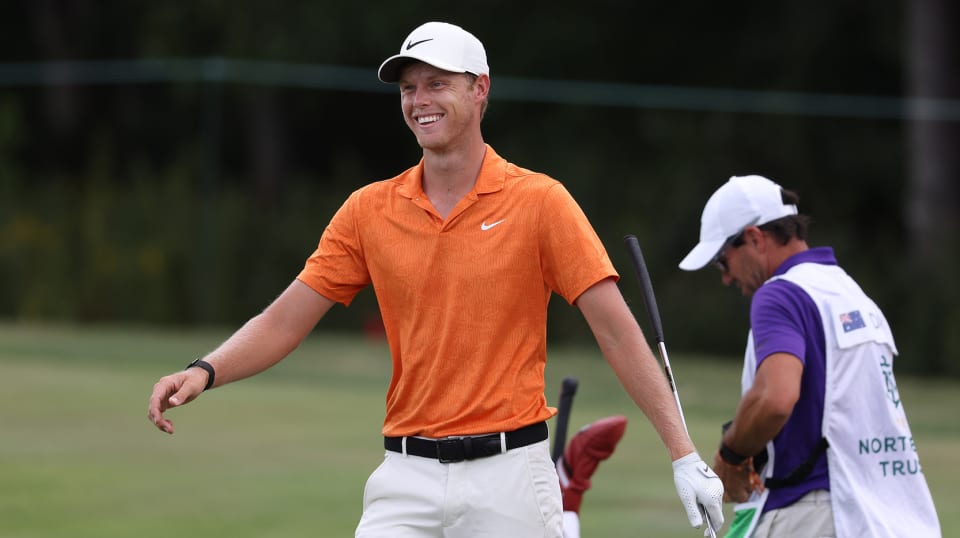 The new season starts right away at the Safeway Open, located at Silverado Resort and Spa on the North Course in Napa Valley, California. The North Course will play as a par 72, measuring 7,166 yards, and the putting will take place on poa annua greens this week. The U.S. Open will tee up next week at Winged Foot Golf Club and will be following the Safeway Open for the first time due to the schedule changes from COVID-19.

The bigger hitters like Cameron Champ, Brendan Steele ($10,000), Jimmy Walker and Kevin Tway ($6,600) have won here in the past, putting a slight premium on hitting it well off the tee. The average driving distance averages a couple of percentage points above the PGA TOUR average, while fairways hit in regulation comes in at 10% less than the PGA TOUR average. The fairways are tree-lined, so our golfers can’t be too wayward off the tee, or they’ll be in trouble. Our DraftKings lineups will need golfers who’ve also played well on par 4s measuring 400 to 450 yards with seven on the scorecard. Over the last two years, only four golfers total have lost strokes on these par 4s.

Four par 5s on a short(er) course means the golfers need to score when given the opportunity with all being reachable by most guys in the field. Our key stats shouldn’t weigh par-5 efficiency heavily, but golfers can’t be at even or losing strokes in this category or they’ll be heaps behind the leaders.

Like TPC Boston and the Rocket Mortgage Classic, getting golfers who are high in birdies or better gained and have shown solid ball-striking is how we should build our DraftKings rosters. Salaries are very forgiving across all pricing tiers, so starting with the expensive players isn’t necessary this week.

Redman’s putting on poa annua isn’t bad, ranking inside the top 45 since the restart, but the ball-striking has been great, ranking fourth since June. Redman didn’t make the cut here last season with poor putting but still gained just over two strokes off-the-tee. Even though he missed the cut at THE NORTHERN TRUST, he’s reasonably priced this week and could even be a savings play given how well he’s played since the restart. Redman just missed out at getting to the BMW Championship, landing on the 71st spot after TPC Boston, so he may be looking to get off to a hot start in the season opener. Hopefully, the ownership doesn’t get outrageously high with other recognizable names around his price like Erik Van Rooyen ($9,400) and Harold Varner III ($9,100).

Past winners like Cameron Champ, Brendan Steele and Kevin Tway are known to lean on their drivers to gain strokes over the field, and Davis has been solid off the tee, ranking 18th since the restart. Davis is inside the top 20 on par 4s measuring 400 to 450 yards and leads the field in birdie or better gained since the restart. A top 30 at TPC Boston and two top 15s in the weeks prior rank him inside the top 15 in SG: Total over the last six tournaments. Pay up for Kevin Streelman ($9,000) if Davis’ ownership gets out of control.

Hubbard won’t be leading the field in Strokes Gained: off-the-tee but can roll it on poa annua greens, ranking ninth over the previous 24 rounds. Hubbard’s only missed the cut once at Silverado in five starts and finished 13th in Napa Valley last season, gaining 2.3 strokes in approach and just about 6.5 strokes on the greens. The irons and putting have been great for Hubbard this season, and we’ve seen other golfers with a similar skillset like Brandt Snedeker ($9,300) play well here.