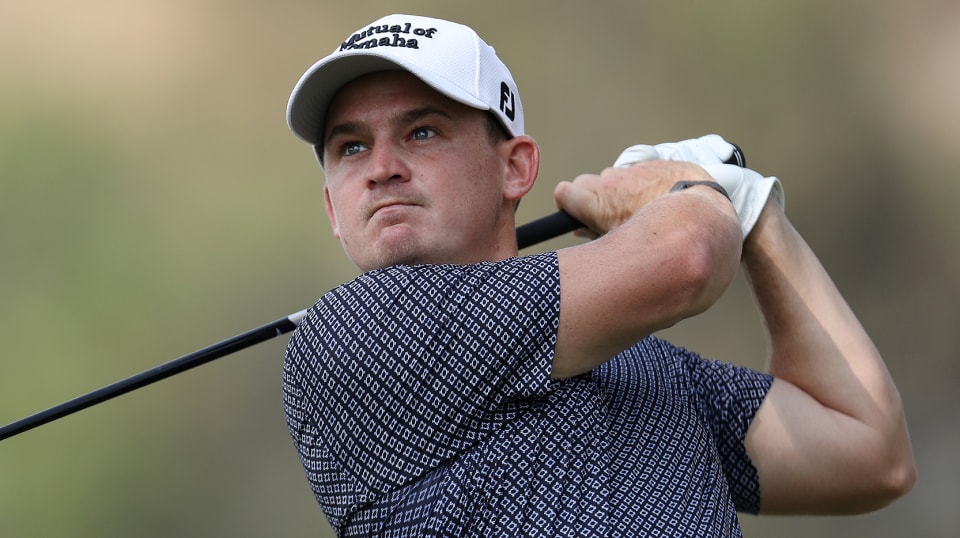 The PGA TOUR heads to Jackson, Mississippi for the Sanderson Farms Championship, located at the Country Club of Jackson. The course measures 7,461 yards and sets up as a par 72 with Bermuda greens.

First and foremost we must look to the greens. Last season they played fast, measuring 12 to 13 on the stimpmeter and even though hitting fairways and approach shots are important at the Country Club of Jackson, it’s the flat stick that will separate the winner from the pack. This is especially true with close to a 70 percent greens in regulation hit rate. Past winners have gained more than two times in Strokes Gained: Putting over SG: Approach and SG: Off-the-Tee. Putting is hugely variant but focusing on proficient Bermuda putters should be considered when building DraftKings lineups. Ball-striking and par 4 efficiency on holes from 400 to 450 yards are other key statistics at this course.

This is one of the longer TOUR courses but recent winners have included bombers like Cameron Champ and those who trade distance for accuracy like Ryan Armour. The average driving distance is around TOUR average, which might indicate golfers are shelving driver off the tee and prioritizing accuracy with the course recording eight percent fewer fairways hit in regulation than the TOUR average. Taking less-than-driver could also be the reason why the highest approach shot distribution comes from 200 or more yards. The next is from 125 to 150 yards, most likely coming from the longer hitters who elect to hit it as close to the greens as they can. This should be a correlated stat to consider if you’re rostering longer hitters. Much of the distance comes from the four par-fives, three measuring over 550 yards, and the par-5 5th hole, measuring over 600 yards. The par-4 18th is also a brute, measuring just over 500 yards.

Recency bias will play a big part with Burns and his roster percentage. Some may look at his Saturday performance last week and keep scrolling past his name but the other three rounds were great, hitting an average of 83 percent of greens in regulation and 81 percent of fairways. Burns is an excellent Bermuda putter and is top 12 in Strokes Gained: Total at the Country Club of Jackson since 2015. He was T3 in the 2018-19 season and has made all three of his cuts here.

Recency bias can also work with ‘forgotten’ golfers if they miss a cut or haven’t played in a couple of weeks. That won’t be the case with Redman this week, especially with how well he’s striking the ball, ranking third in approach and 28th off-the-tee since the restart. Redman has two top 3s in his last three events (missed cut at THE NORTHERN TRUST) and ranks first in par 4 efficiency on holes 400 to 450 yards since June. He should be a play even at a high roster percentage. Dylan Frittelli ($9,300) is also someone to consider in this price range, as he has made five of his last six cuts while finishing no worse than 33rd in those tournaments.

Cauley may seem overpriced at first glance, but he has two top 15s in his last three events and has gained an average of 3.4 strokes tee-to-green in his previous five events. He’s excellent on Donald Ross designs (this course isn’t one but has been modeled to his style) and gets back on Bermuda greens, a surface he much prefers over bent and poa annua.

Riley has two wins on the Korn Ferry Tour this season where he ranks third on the points list. Born in Mississippi, Riley sits at 18th in ball-striking, 10th in scoring average (on the Korn Ferry Tour) and could provide some salary relief if you plan on starting your DraftKings lineups with multiple golfers above $10,000. We should also consider Henrik Norlander ($6,700) in this range. Even with three straight missed cuts, Norlander proved he has a high ‘ceiling,’ finishing 12th at the Rocket Mortgage Classic (Donald Ross course) and sixth at the Memorial back in July.