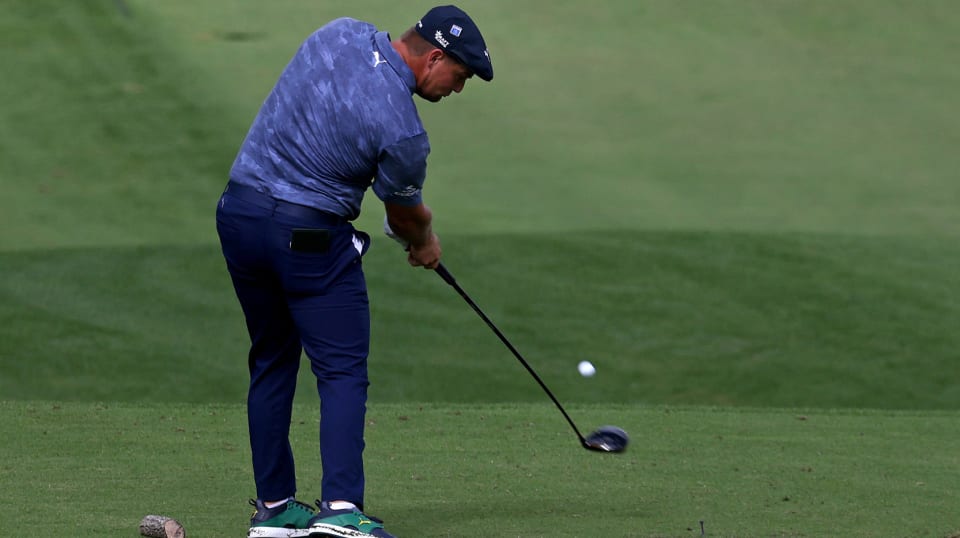 After the long holiday hiatus, the PGA TOUR returns with its first tournament of the new year, the Sentry Tournament of Champions on the Plantation Course at Kapalua. The no-cut event will be played on the island of Maui, Hawai’i, and the course will play as a par-73, measuring 7,596 yards and play on Bermuda greens.

With the shortened 2019-20 season as a result of COVID-19, the field will consist of those who won last season as well as golfers who finished inside the top 30 in the 2019-20 FedExCup standings. The field will be without Rory McIlroy, Tyrrell Hatton and Jim Herman, who all elected not to play.

The Plantation course routinely plays as one of the easiest courses on TOUR in scoring relative to par except for last season. With wide fairways, accessible par 5s and greens in regulation hit percentage 13 percent higher here than the TOUR average (65 percent), the course becomes a birdie or better clinic. With that said, Justin Thomas’ ($10,700) 14-under was the highest winning score by eight strokes over the previous five years. Recent renovations like adding different tiers to certain green complexes could’ve been the reason for the increase in difficulty over previous seasons, but the course’s primary defense and what also could’ve caused higher scores was the wind. Last season, Thursday and Friday had average wind speeds over 20-plus mph, which resulted in the least amount of total rounds under par in the first two rounds over the past four years.

Key statistics should focus on ball-striking (off-the-tee and approach) and approach proximity between 100 to 125 yards (wedge shots), Bermuda putting and par 4s gained. Getting placement points will be necessary this week when constructing rosters. Choosing golfers who can deliver a deluge of birdies or better will take precedent over guys who have “steadier” games with a no-cut event.

He’ll be making his third start at the Plantation Course, and with TOUR dominance on his mind, he’ll look to start strong at a course he can tear apart. We’ve seen other long hitters like Thomas and Dustin Johnson ($11,000) win here, but their distance isn’t the only strength that got them to the winner’s circle, but also their wedge play. Thomas gained strokes in all wedge-proximity ranges here in 2020, and we saw an improvement in Bryson’s wedges toward the end of last season, ranking 10th in his final four rounds in approach proximity from 100 to 125 yards. Bryson’s also a quick starter. He did miss the cut at the Greenbrier in 2019, but in his two years prior he finished with a 17th at the 2017 Safeway Open and won the 2018 Shriners Hospitals for Children Open. DeChambeau leads the field in Strokes Gained: Tee-to-Green over the previous 12 rounds and finished seventh here in 2019. Another top-tier golfer to consider is Hideki Matsuyama ($9,000). His Tournament of Champions resume is too good to pass up in this price range with no worse than fourth in his three appearances here and a runner-up in 2017. Three of Matsuyama’s six career wins have come at no-cut events (2016 WGC-HSBC, 2016 Hero World Challenge, 2017 WGC-Bridgestone).

Last season started great for the young-Chilean with a win at the Greenbrier, his first on TOUR. The 2019-20 season was an up-and-down year for Niemann (and everyone), but one of the brighter spots was his fifth place at the Plantation Course, which started with an opening round of 67, giving him the lead after the first round. What’s also impressive is how well Niemann plays after a long(er) layoff. Not only did he win the Greenbrier in his first tournament of the 2019-20 season, but he also finished with a top-5 finish at the RBC Heritage in his second tournament after the three monthslong COVID-19 shutdown. His Bermuda putting splits aren’t the best, but similar to Bryson, Joaquin’s got distance off the tee, ranking inside the top-10 over his previous 50 rounds in overall driving distance. He’ll look to deploy his low, piercing drives again this week, similar to what he was doing last season in Kapalua.

Palmer has partaken in the Aloha Swing since the early 2000s and will be making his third appearance at the Plantation Course, looking to better his 17th-place finish last year and 15th-place finish back in 2011. Palmer played some of his best golf last season with two top-5s, three top-10s and a runner-up at the Memorial, one of the more challenging courses on TOUR. Palmer’s ability to rattle off a ton of birdies gives him top 20 honors in DraftKings scoring over the previous 100 rounds. Experience and the ability to go low is the upside we should be looking for in this range. We also shouldn’t be surprised if Mackenzie Hughes ($6,800) picks up where he left off last season with how well he can putt. With larger than average green sizes, we should expect to see at least a few of his long putts fall, ranking first in Strokes Gained: Putting over the last 50 rounds.