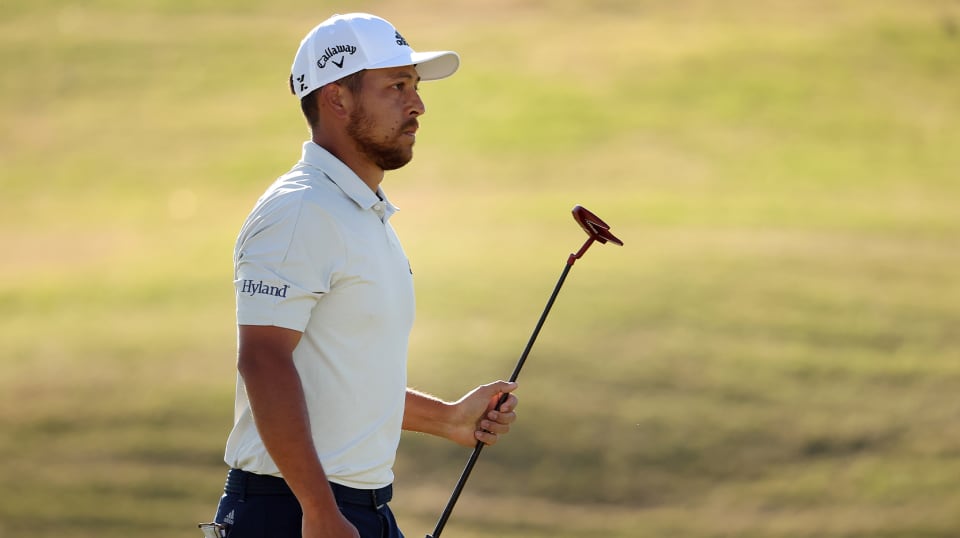 The last stop in California will take place in Pacific Pallisades for The Genesis Invitational played at the Riviera Country Club. The course will play as a par 71, measuring 7,322 yards and will again be putt on poa annua greens.

Even with no water hazards on the course, Genesis has played difficult, ranking inside the top 10 in scoring relative to par over the past few seasons. The fairways are tough to hit, recording close to a 7% less hit rate than the TOUR average. These are also tough to hit greens registering about an 8% fewer green hit in regulation rate than the TOUR average due to the smaller than average, undulating greens, which have many runoff areas. Because of this, Strokes Gained: Around-the-Green (ARG) becomes more important than usual. We’ve seen winners here gain an average of 2.41 strokes ARG over the past six years. The par-3 sixth hole is famous for its bunker in the middle of the green, and the par-4 10th hole is arguably the best driveable par 4 on TOUR, but the novelty wears off with how difficult this course has played in years past, especially on the closing eight holes. The closing nine could contribute to why we’ve only seen eight golfers since 2000 go on to win after leading in the third round.

Like Torrey Pines, Strokes Gained: Approach-the-Green with a lean toward golfers who have distance off-the-tee are golfers we should be considering. Even though it’s not a long course, past winners include Johnson, Bubba Watson (+5000, $8,900) and J.B. Holmes (+27500, $6,500), who all finished inside the top 20 in driving distance at the end of the year they won.

The fact Xander hasn’t won since the Sentry Tournament of Champions in 2019 is remarkable given he’s finished second seven times from then to now. More recently, he’s got four runner-ups in his last eight tournaments, so it’s only a matter of time until he wins again. Schauffele routinely plays well in California and putts great on poa annua, ranking top 20 over his previous 50 rounds. Xander’s roster percentage could get out of hand this week, per usual, and if it does, we should be going with Patrick Cantlay (+1800, $9,600) as a potential contrarian play. Cantlay has a stellar record in California and has a solid history at similar courses like Augusta National and Muirfield Village. He’s also played well at Riviera CC and just finished third last week and second the previous week. The excitement of having the top players in the same field could allow Cantlay to fly under the radar. Cantlay has gained a total of 18.2 strokes tee-to-green in his previous two starts and could be a “steal” if his roster percentage is single-digits at tee-off.

Leishman looks to be back in form with a great start to the season, finishing fourth at the Sony Open and 18th at the Farmers Insurance Open. With two top 5s here since 2016, Leishman will want to follow in in his fellow countryman Adam Scott’s footsteps and has the game to do it. Riviera CC is a classical American course that rewards a great tee-to-green game, and Leishman is gaining an average of 1.8 strokes tee-to-green and 2.3 strokes with his approach over his previous five tournaments. Leishman is another player who’s historically done well in California and could keep it going this week at a course that should suit him well. Another Australian, Cameron Smith (+10000, $8,400), makes the list this week, and rightfully so. Smith is one of the TOUR’s best poa putters, ranking 10th in Strokes Gained: Putting over the previous 50 rounds. A near win at Augusta National proved Smith is ready to take a big step forward this season. Even though he’s lost strokes with his irons in three-straight events, they’ve gotten better losing less each event. A top 10 here in 2019 should help him navigate Riviera CC, but he hasn’t played since the Farmers Insurance Open, and we’ve seen past winners here play at TPC Scottsdale or Pebble Beach, which is something to keep in mind.

Gooch has been a little shaky to start the year but sets up nicely with how well he plays in California with top finishes over his career during the West Coast swing. Like Leishman, Gooch is another player who has done well on the correlated courses. Riviera CC will demand efficiency on long par 4s measuring between 450 to 500 yards, and Gooch has done well over his previous 24 rounds, ranking 37th in the field. Dylan Frittelli (+20000, $7,000) is another player in this range who could do well this week. He missed the cut here last season but finished in 28th place the prior year, gaining 2.7 strokes with his irons and 2.6 on these fast poa annua greens. Frittelli seems to have a knack for these courses with a top 25 at Muirfield Village and Quail Hollow, along with a top 5 last Augusta National back in November.

We shouldn’t spend too much time in this range with all the firepower up top, but if you decide to venture into this range, Thompson is someone to consider with how he plays courses similar to Riviera CC. He also finished T7 here back in 2019 and ranks 36th in Strokes Gained: Tee-to-Green over his previous 12 rounds. Thompson played well at Pebble Beach last week, gaining 2.3 strokes off-the-tee and 4.45 with his irons, but lost nearly three strokes around-the-green en route to his T34 finish. His short-game troubles may hurt him here if he’s not accurate with his ball-striking, so tread lightly, especially in this range.