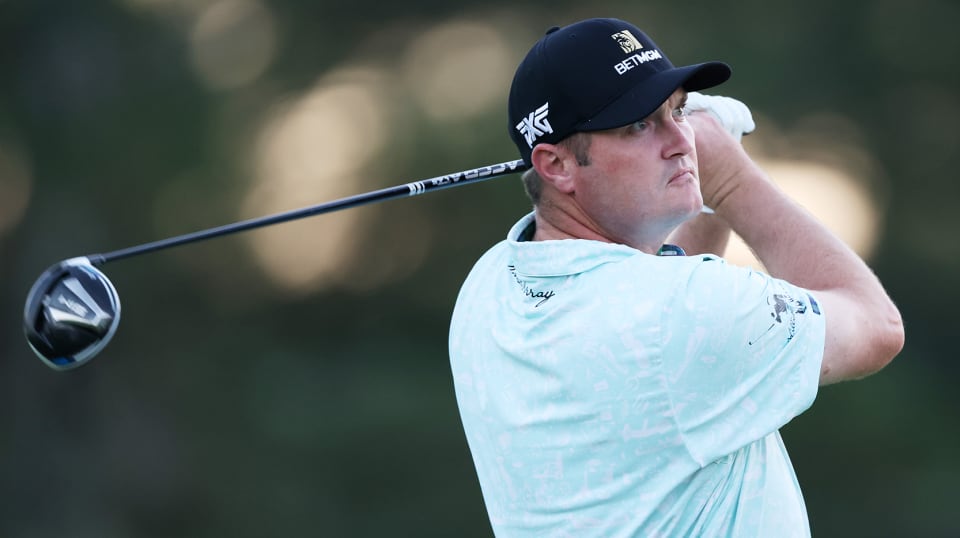 The PGA TOUR travels south from Augusta to St. Simons Island, Georgia, for The RSM Classic at Sea Island Resort. The first two days of the tournament will have a split field on both the Plantation Course and the Seaside Course, with weekend golf moving to Seaside. The Seaside Course will play as a par 70, measuring 7,005 yards, and be played on Bermuda greens. The tree-lined Plantation Course, which is more inland, will play as a par 72 and measure 7,060 yards.

Both courses are situated near the coast and haven’t been difficult in scoring relative to par over the past five years. Besides Tyler Duncan’s 11-under last season, the average winning score has been just about 20-under in the four years prior. The early forecast does show wind throughout the tournament, which will play a factor on these fast, Bermuda greens if it sustains. We may also see some big numbers on scorecards if the golfers find one of the 14 water hazards on the Seaside Course, which comes into play on 13 holes. There are also 10 water hazards on the Plantation Course, which come into play on 10 holes.

Par-4 scoring average should be at the top of our list when considering who to roster. Diving deeper, par-4 scoring efficiency on holes between 400 to 450 yards will be even more significant, with eight on the Seaside Course measuring within this distance range. Strokes Gained: Approach-the-Green will be the most significant statistic to prioritize when building our lineups; golfers who have finished inside the top five gained over twice the amount with their irons as they did in Strokes Gained: Off-the-Tee. We should also focus on golfers who do well with their short irons/wedges as 20% of all approach shots came from 125 to 150 yards.

Being the most expensive on the board shouldn’t shy you away from Simpson this week. Since the restart, we’ve seen players like Jon Rahm and Dustin Johnson win along with Stewart Cink ($7,300), Brian Gay ($6,900) and Carlos Oritz. The range of winners isn’t coming from one pricing tier, so pairing Simpson with cheaper golfers this week could be the play. Both The RSM Classic and Wyndham Championship leaderboards have crossover here, and no one has been better at Sedgefield CC than Simpson. Also, few have been better than Simpson here, with him ranking second in Strokes Gained: Total since 2015. We should also consider Tyrrell Hatton ($10,400) at his price. Last week’s missed cut will likely keep his roster percentage low, but it shouldn’t. Before last week, he gained 25.6 strokes total in his previous three tournaments, ranking fifth in Strokes Gained: Tee-to-Green over this timeframe.

Like Hatton, Kokrak disappointed many people last week in missing the cut, which is an excellent reason to roster him at a lower roster percentage than what it should be. One tournament doesn’t negate what Kokrak has done leading up to the Masters, finishing top 20 at the U.S. Open and winning THE CJ CUP @ SHADOW CREEK. His irons have been a little inconsistent, which should give us some pause, but his success at Harbour Town GL and Sedgefield CC should negate some trepidation of playing him this week. Mackenzie Hughes ($8,100) is the other player in this range to consider. A winner here back in 2017, Hughes can get hot with the putter and make them from anywhere on the green. This tournament could quickly turn into a birdie-fest and few are better with the putter than Hughes.

Burns could be one of the highest-rostered golfers this week, and if it gets too high, pivoting to Talor Gooch ($7,900) may be the play in this range. A Saturday 1-over 71 in Houston a couple of weeks ago proved to be too much to overcome for Burns, but it meant another top-7 finish, which marked his second in his past five tournaments. Burns is putting himself in the right positions to score, ranking inside the top 30 in overall proximity every week he’s played dating back 24 rounds. We should see another week where Burns has an excellent shot to contend.

A similar player to last year’s winner, Tyler Duncan ($7,000), Reavie possesses the accuracy off the tee and short iron game to do well here. His T29 at the Masters last week came from opening and closing rounds of under-par golf, but his play on Sunday was fantastic, as he shot two-under, hitting every fairway. Reavie hit 82% of his fairways for the tournament as well as 72% of his greens. Augusta National is very different than Sea Island Resort, but Reavie should have a lot of confidence coming into this week. The putter needs to cooperate for him, and if you’re not inclined to play Chez, pivoting down to Matthew NeSmith ($7,000) is the play. He’s been tremendous with his irons and is scoring at an unbelievable rate, ranking first in birdies or better gained over the past eight rounds.