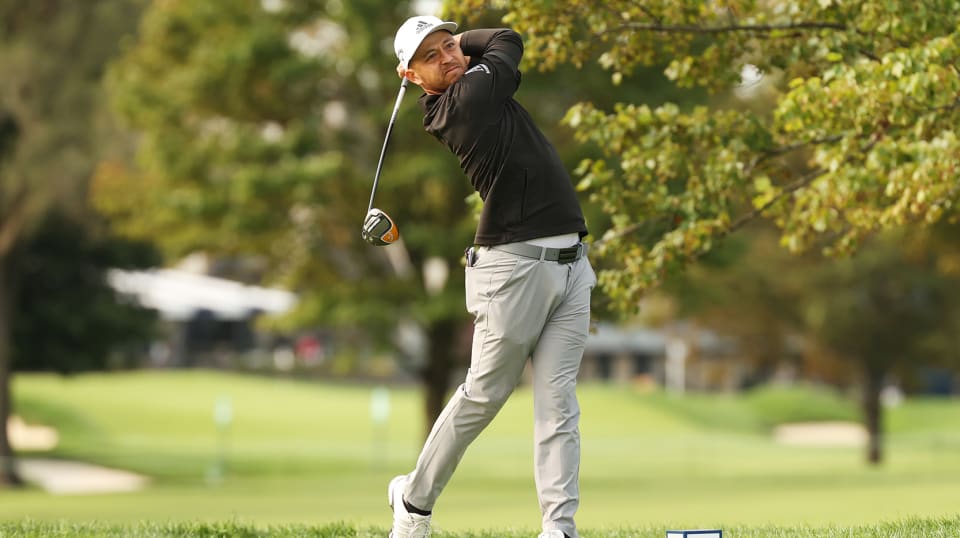 The 2020 U.S. Open will be the sixth time Winged Foot Golf Club will host this major, and it has been challenging in two of the last three years. Hale Irwin won the “1974 Massacre at Winged Foot” with a 7-over par, and in 2006, Geoff Ogilvy claimed victory with a winning score at 5 over. 2006 runner-up Phil Mickelson ($7,300) was in the lead heading into the final round, shooting a 1 under on Saturday but had a difficult time on Sunday, carding a 4 over after his debacle on the 72nd hole losing by a stroke.

Based on previous winners, the glaring skill set your golfers need at their disposal seems to be driving distance. Brooks Koepka (who has withdrawn and will not be playing), Dustin Johnson ($11,500), Xander Schauffele ($10,100) and Adam Scott ($8,700) are inside the top 10 in Strokes Gained: Total at U.S. Open’s since 2015, and all ranked inside the top 30 in distance off-the-tee at the end of last season. Both Ogilvy (53) and Mickelson (17) finished inside the top 55 in driving distance back in 2006, but with thick rough from tee-to-green, golfers need to keep their tee shots in the fairway more than gain strokes via distance.

Total driving, which is calculated by totaling a player’s rank in driving distance and accuracy, will be essential this week. Paul Casey ($7,900), Jon Rahm ($11,000), Tommy Fleetwood ($8,900) and Daniel Berger ($9,200) are a handful of players in the field who ranked inside the top 15 last season in this category. The average fairways hit in regulation at the U.S. Open has averaged 12 points less (50%) than the PGA TOUR average, so your golfers don’t need to hit a ton of fairways to win, but have to be better than average. Ogilvy only hit 57% (32) of fairways in 2006, which wasn’t the highest.

The golfers who aren’t distance-affluent are still in play this week. Like Collin Morikawa ($10,000) at TPC Harding Park, long-iron efficiency combined with accuracy off-the-tee is vital. The rough is very thick this week, and it’ll be a challenging task hitting long-irons out of rough, which is five inches thick in some areas.

The case for rostering the elite ball-strikers is a prudent strategy. The best tee-to-green players are usually the most expensive but are also the golfers who win this tournament. Gary Woodland ($7,800), Brooks Koepka (x2), Dustin Johnson ($11,500), Justin Rose ($8,400), Webb Simpson ($9,700), and Rory McIlroy ($10,500) are consistently considered the best in difficult fields and are priced accordingly. The average DraftKings salary of last year’s winning lineup was just over $8,300, rostering the most expensive golfers, Brooks Kopeka ($11,600), and two golfers under $7,000 with Chez Reavie ($6,900) and Danny Willet ($6,800). The year prior, the winning lineup was more balanced with Tony Finau ($7,500) as the lowest and Brooks Koepka as their highest priced golfer.

The U.S. Open seems to be tailor-made for Xander’s game. The young American is playing well, gaining an average of 6.1 strokes total over the field in his last five tournaments, finishing no worse than 25th since June. Schauffele will be heavily rostered, but this is the chalk you want to absorb. A 25th at Olympia Fields and 13th at the Memorial Tournament presented by Nationwide is evidence that he’s well equipped to handle the hardships of a challenging course, which Winged Foot will be. Per Rick Gehman of RickRunGood.com, no one has been better than Schauffele per round in strokes gained total (3.17) since the 2015 edition at Chambers Bay GC.

I love Daniel Berger at $200 less, but if Cantlay’s roster percentage ends up around 10%, he should be in our rosters. Cantlay hasn’t ascended to Xander’s popularity level, which is reflected in their DraftKings price differential, and something we should leverage. The delta isn’t from sentiment alone; Schauffele’s playing better. Cantlay’s only gained 1.6 strokes tee-to-green over his previous five starts and hasn’t recorded a top 10 finish since the Workday Charity Open back in July. Once the difficulty cranks up, though, so does Cantlay’s game. Over the previous 50 rounds in difficult scoring conditions, Cantlay ranks 13th in scrambling, fourth off-the-tee, second in proximity from 125 to 150 yards and first in par 4 efficiency. Even though the irons were bad at Olympia Fields, Cantlay was still able to finish 12th and has progressively finished better at each U.S. Open, finishing 21st last year at Pebble Beach.

Be prepared for Reed’s roster percentage to increase throughout the week; he’s frequently an ‘industry’ favorite when it’s a major week. His sentiment is valid not just because it’s a major; he’s also hitting it well, ranking 24th in tee-to-green since the restart. He’s already got a major win at Augusta and has gained the fourth most strokes at the U.S. Open since 2015. He did miss the cut at Oakmont back in 2016, which is comparable to Winged Foot, but his top 15 in 2017 and fourth in 2018 makes him an excellent DraftKings GPP and cash game play this week.

Kisner has a Zach Johnson ($7,100) type of game, which plays well on courses and majors that shouldn’t fit their respective games. Johnson is top 20 in total strokes gained at U.S. Open’s since 2015, but this isn’t about him; it’s about Kisner, who’s seventh in strokes gained total since the World Golf Championships-FedEx St. Jude Invitational. In 2006, the top 15 consisted of Jim Furyk, Steve Stricker ($6,200), Jeff Sluman and Ian Poulter ($7,300). Both Sluman and Poulter ranked inside the top 10 in total proximity, and Furyk was fourth leading into Winged Foot. Over the last 24 rounds, Kisner ranks 12th in proximity and first from 125 to 150 yards. Kisner is also putting it well, ranking top 15 on the greens and top 5 from 10 to 15 feet on poa annua over the previous 12 rounds.

Todd exceeded all expectations last season, ranking 39th in the world, climbing 24 spots from his previous post in 2019. No one will pick Todd to be leading in driving distance this week, but few are better on the greens since the restart, ranking seventh in putting. Rolling it great on the greens will get you far at all the majors, but hitting it from the fairway is vital this week; no one ranks higher than Todd in fairways gained, ranking first over the previous three months. He’ll be looking to improve his last U.S. Open finish (2014: T17) at a course where his accuracy should reign supreme.

Perez won his inaugural European Tour event at the Alfred Dunhill Links Championship and finished fourth at the World Golf Championships-HSBC Champions in his first PGA TOUR event in 2019, leading the field in scrambling (80%) at Sheshan International GC. He’s missed the cut in all three of the events he’s played on the PGA TOUR since the restart but finished 22nd at the PGA Championship back in August, his first time playing in a major. Soft pricing at a major means you don’t have to roster someone in this price range, but his price can pay off, especially if you’re looking for a pivot off Christiaan Bezuidenhout ($6,500). Perez ranks 43rd in scoring average and 29th in par 4 scoring on the European Tour. Winged Foot will be quite different than what Perez has faced across the pond, but he’s shown he can play with little to no course experience on challenging courses. Andy Sullivan ($6,300) is also another favorite in this range who finished 23rd at Oakmont and leads the European Tour in scoring average.