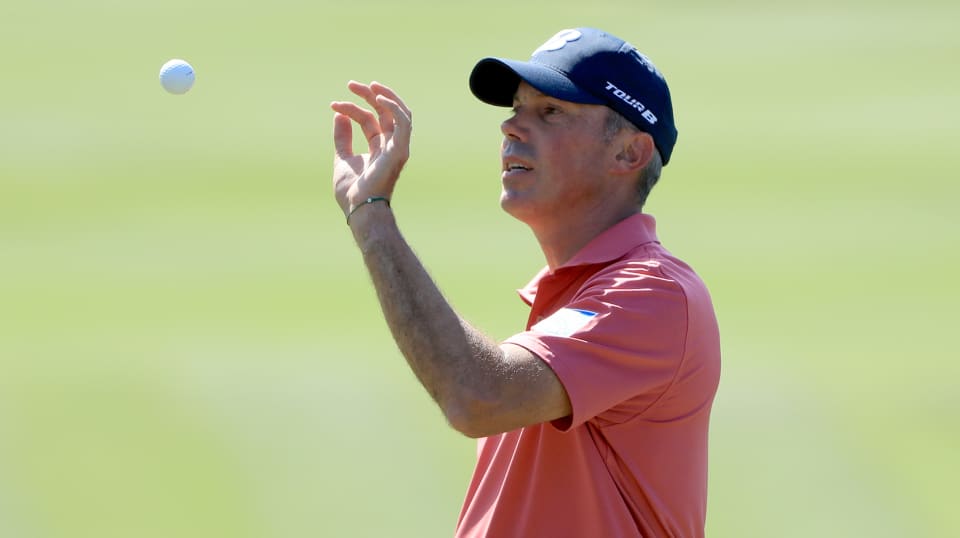 TPC Southwind had played host to the St. Jude Classic for three decades before it was converted into a WGC event last season. The defending champion, Brooks Koepka ($9,200), will be joined by most of the top 50 ranked golfers in the world as well as the two-time winner of the tournament’s previous iteration, Daniel Berger ($9,600), who won in back-to-back years when it was a non-WGC event. Both Berger and Koepka are fantastic ball-strikers, and that’s what we should be looking for this week. Both Strokes Gained: Approach-the-Green and Off-the-Tee will be very important, with Off-the-Tee shouldering more weight than previous weeks. With only two par 5s on the card, this par 70 holds a lot of distance in long par 4s with six stepping off more than 450 yards. The past two winners at TPC Southwind, Dustin Johnson ($9,300) and Brooks Koepka, have finished inside the top 11 in driving distance at the end of the season.

Last week, the 3M Open recorded one of the lowest percentages of successful lineups having all six golfers make the cut, coming in at less than 2%. All golfers who were above $10,000 last week didn’t play on the weekend except for Tony Finau ($9,100). There is no cut in WGC events, which means our strategy changes quite a bit from previous weeks. With most of the top 50 ranked golfers in attendance, there’s going to be talent and recognizable names in every salary range. Lineup construction can either be balanced by choosing golfers with an average salary above $8,300, or it can feature a couple of elite golfers in the $10,000 range mixed in with a couple in the $6,000 range. There isn’t going to be a strong preference over the other this week.

The majority of lineups will use all their allotted salary to get the most “value” out of their team, and with most of the top golfers playing this week, it won’t be hard to construct a lineup of familiar names. While this is a viable strategy, it may not be the best this week. With the field size, a no-cut event and talent across the board, our approach should weigh heavily on “leaving salary on the table” to avoid duplicating lineups with other teams. Not using your entire salary cap is another way to differentiate your lineups other than rostering golfers who have a smaller projected ownership percentage.

The ownership may be down on DeChambeau since coming back from the shutdown. His irons were bad at Muirfield Village, losing 6.2 strokes. People have varying opinions on DeChambeau, which shouldn’t get in the way of rostering one of the hottest golfers on the planet over the last two months. He leads the PGA TOUR in Strokes Gained: Off-the-Tee, and although the irons have been a little off recently, the putter has been one of his best assets, gaining an average of three strokes on the green over his last five tournaments.

We’ve seen a couple of blemishes from Webb since returning with two missed cuts, the most recent coming at The Memorial Tournament presented by Nationwide, in which he lost 5.3 strokes with his irons. Missed cuts and faulty irons are uncharacteristic of Webb, who is routinely one of the best iron players on the PGA TOUR. We should chalk up the poor play as just a couple of bad days at the office, as he posted a win at the RBC Heritage and finished eighth at the Rocket Mortgage Classic. Webb gained an average of 5.1 strokes with the Approach in both Detroit and Hilton Head and returns to Memphis, where he finished second to Brooks Koepka ($9,200) last year. Webb has also been one of the best Bermuda putters on the PGA TOUR, ranking first over the last 50 rounds.

Schauffele has been hitting his irons exceptionally well, ranking 12th in Strokes Gained: Approach-the-Green in both tournaments at Muirfield Village. He’s been wildly inconsistent with his putter, gaining 5.8 strokes at the Workday Charity Open but losing five strokes the following week at the Memorial. Schauffele has a propensity to play fabulous at no-cut events, winning the Tournament of Champions, the TOUR Championship and the WGC-HSBC Champions in his short career. He is coming into this week with some elite ball-striking, and we should be OK with rostering him even at higher ownership we’ve been accustomed to seeing over the past few weeks.

With a no-cut event and most of the top-ranked golfers in attendance, we have to get a little creative. Kuchar has flown under the radar, and with Paul Casey ($7,800) and Joaquin Niemann ($7,400) looking like they’re going to be the popular plays in this range, Kuchar’s low ownership becomes much more enticing. He’s made his last three cuts since returning and hasn’t gained too much with his ball-striking but has been very impressive on the greens, ranking sixth over the previous two months. Putting is hugely variant and can switch daily, so rostering Kuchar is a risk with his below-average ball-striking. Still, he tends to play a lot better on challenging tracks and historically putts well on Bermuda greens.

Over his last 50 rounds under difficult tournaments in scoring relative to par, Kuchar ranks seventh in par-4 efficiency, third in birdies or better gained and second in par-4 scoring on holes 450-500 yards. The mid-to-high $7,000 range shouldn’t have too much collective ownership, which makes it a spot to find value. Other than Kuchar, Sungjae Im ($7,500) is another player who hasn’t had his best stuff recently but has shown he can win on a difficult course. With no cut, he’ll have all four days to figure it out if it’s not there early.