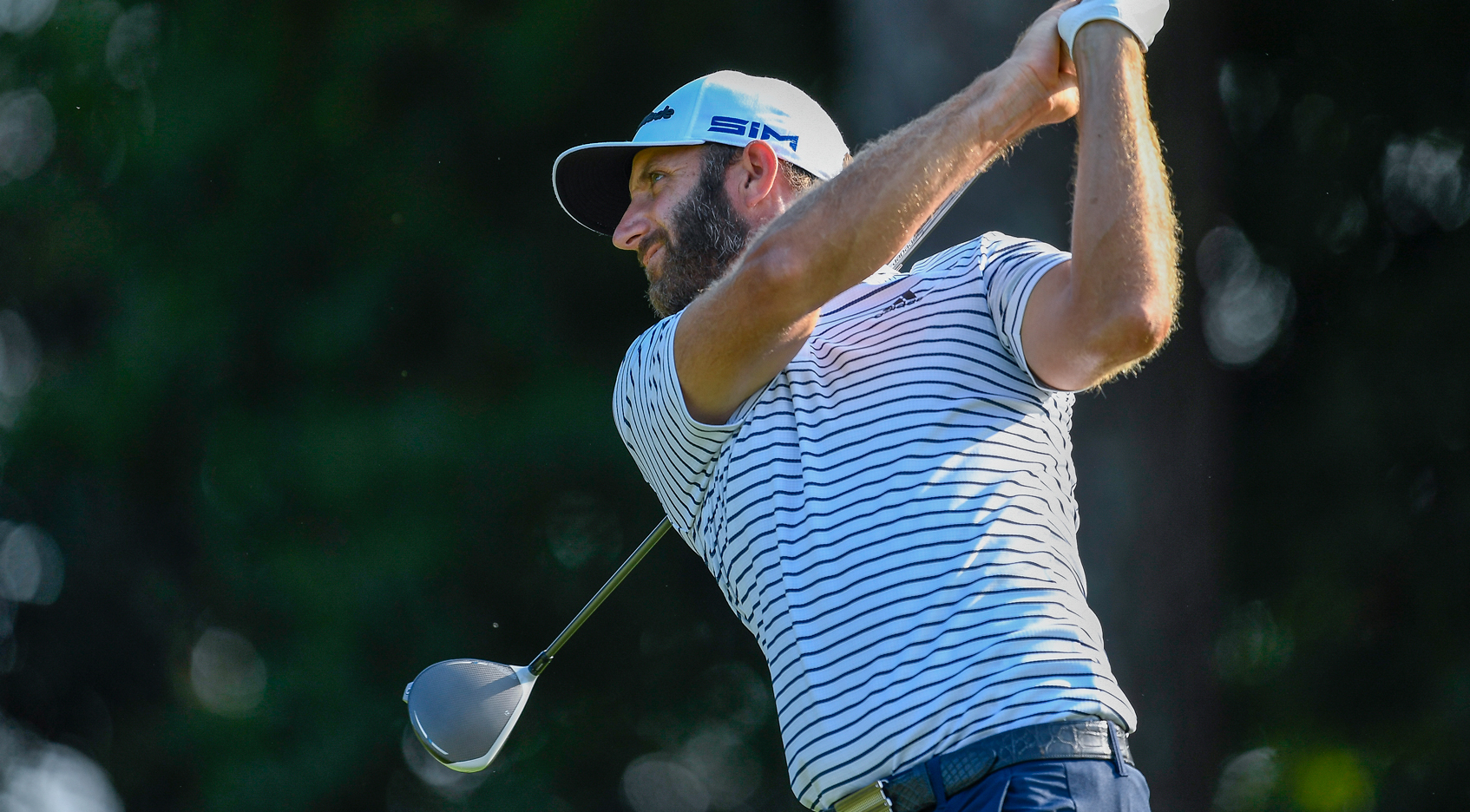 ATLANTA — Dustin Johnson started with the lead, matched the low round Sunday at the TOUR Championship with a 6-under 64 and now is one round away from capturing the FedExCup.

Johnson missed only three fairways and putted for birdie on all but three holes. It led to a five-shot lead over Justin Thomas and Xander Schauffele going into the Labor Day finish at East Lake.

“He’s showcased what he can do,” Schauffele said. “If he does what he normally does, it’s going to be almost impossible to catch him.”

No one was playing better going into the FedExCup finale and Johnson has shown no signs of slowing. He was at 19-under par, his fourth consecutive event holding at least a share of the 54-hole lead.

He converted one of those into an 11-shot victory two weeks ago at TPC Boston. He lost to a 65 by Collin Morikawa in the PGA Championship and to a 65-foot putt in a playoff by Jon Rahm last week at Olympia Fields.

Now only four players have a reasonable chance of catching him.

Schauffele, a big-game player who won the TOUR Championship three years ago, dropped only one shot on the front nine and finished with a 10-foot birdie putt for a 67 that puts him in the final group with Johnson.

Thomas missed a 16-inch par putt on the 10th hole that he careless went ot tap in, bounced back with a 25-foot birdie putt on the toughest par 3 at East Lake and make two more birdies coming for a 66.

“DJ is clearly playing well. It wasn’t easy today,” Thomas said. “It’s still East Lake. But anything can happen around this course. You can shoot 63 or 64 and you can shoot 73 or 74 very easily. I just need to hope that tomorrow is my 63 or 64.”

Jon Rahm played bogey-free, but only a pair of birdies at the end made it feel like a better day with his 66. He was six shots behind, while Morikawa rallied with five birdies on the back nine to salvage a rough start for a 67. He was seven behind.

Daniel Berger also had a 64, but he made up no ground on Johnson was remained nine behind. Also at 10 under was Sungjae Im, who played in the final group with Johnson and must have wondered what hit him. Im shot 72.

The FedExCup has been on Johnson’s mind ever since he squandered a great chance to win it in 2016. He went into the final round that year tied for the lead and then couldn’t find a fairway, closing with a 73. He still had a chance to win the FedExCup when it was based on points. Only one player could have beaten him that day and it was Rory McIlroy, who holed a shot from the fairway on the 16th for eagle and then won in a three-way playoff.