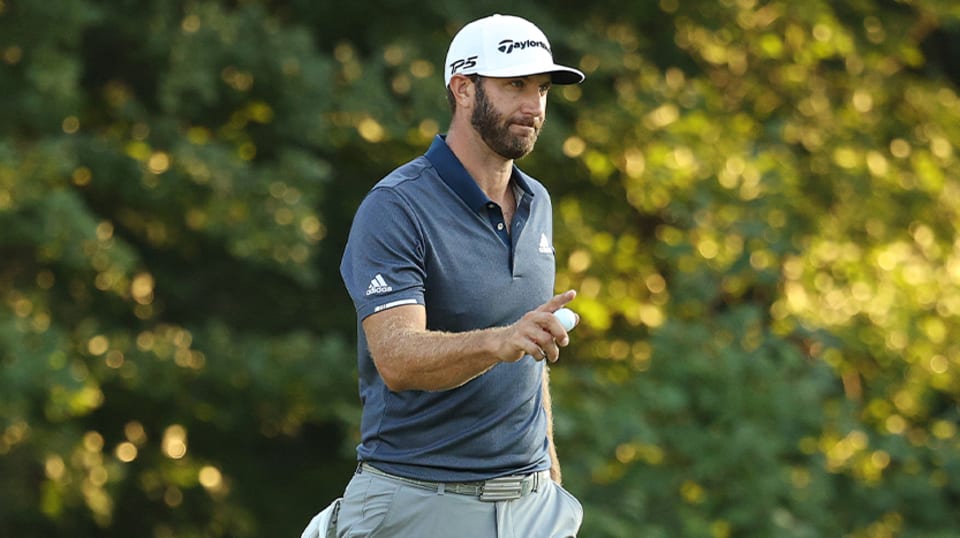 Only 45 minutes earlier he had been tied; now he was at 22-under 191 and leading by five. So, for now let’s table silly talk about his failure to go sub-60 and put on hold this idea of so little separation. Only two players – Harris English (66) and Scottie Scheffler (67) – are within five of the lead, and if you add in Louis Oosthuizen (68 – 198) it makes a mere seven within six.

To borrow a tired, old cliché, this is Johnson’s tournament to lose. That might prompt recalls of those well-chronicled times when Johnson has seemingly been in position to win, yet lost, but at some point this must resonate: If you’ve won 21 times and been victorious at least once in each of your 13 seasons on the PGA TOUR – check both those boxes next to Johnsons name – then you’ve got the right to take a lot of swagger to the first tee.

And Johnson, who could return to No. 1 in the Official World Golf Ranking, is saturated in swagger.

That his 60-64 — 124 total for Rounds 2 and 3 mark the second straight week someone has posted such stunning numbers (Jim Herman won the Wyndham Championship last week by closing 61-63) – demonstrate that wild scoring is possible, Johnson appears cognizant of his Sunday assignment.

“I’m still going to have to go out and shoot a good score,” he said.

With Scheffler having put up a 59 in Round 2 and TPC Boston likely softened by a fast-moving storm that pounded the course for about 30 minutes Saturday, it wouldn’t be surprising to see some low, red numbers catch Johnson’s attention. But catching his lead is another challenge.

“Dustin is definitely one (player) you can expect to go out and shoot at least 4- or 5-under,” said Oosthuizen.

Likely, others share that sentiment, but if you are thinking Johnson needs motivation, he confirmed that he does. Already on the resume are 21 PGA TOUR wins, a healthy stretch as world No. 1, victories in a major (the 2016 U.S. Open), in the FedExCup Playoffs, and at least one triumph in each of the four World Golf Championships.

“(But) the FedExCup is something I have not won, and I would like to win that,” he said.

For others, if overtaking Johnson is an overwhelming challenge, there are important goals with big rewards. English and Scheffler, for instance, are projected to finish inside the Top 10 in FEC points, massive improvements from where they were a year ago.

When you dangle the benefits of being Top 30 and a qualifier for the TOUR Championship (Sept. 1-4) in front of players like Harry Higgs (66 – 199, tied for fifth, projected 34th in the FEC standings) and Tyrrell Hatton (63 – 201, joint ninth, projected 15th) you would discover that there is far more to chase in today’s final round at TPC Boston than the runaway train called Dustin Johnson.