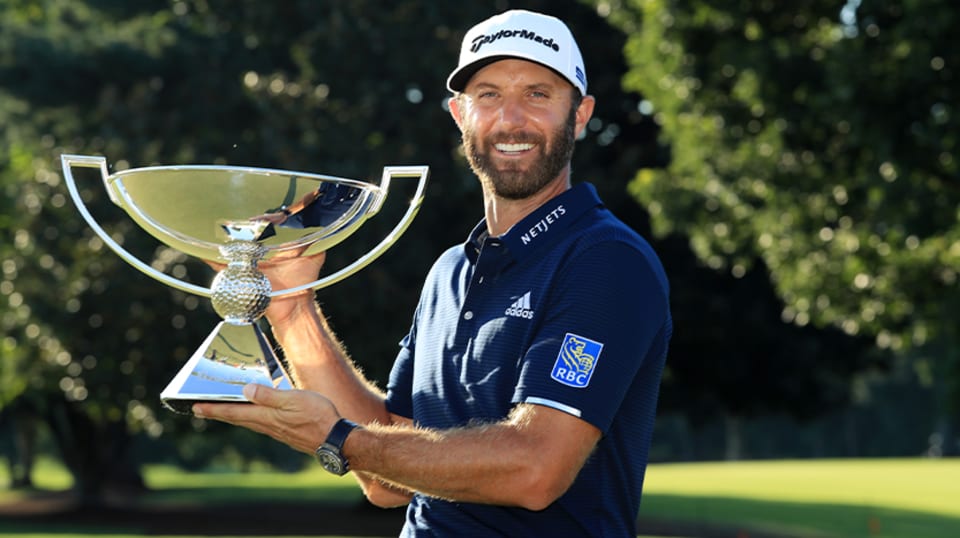 “Having a five-shot lead today, it’s something I needed to finish off,” he said.

Johnson made eight consecutive pars on the back nine before a birdie at the last hole. He shot 68 on Monday to win by three.

Johnson is now the unquestioned top player in the game right now. His three victories this season – he also won the Travelers Championship in June – tied Thomas for the most on TOUR this season. Johnson also was runner-up in the lone major of the season.

What a difference a year makes.

Johnson could barely beat anyone by the end of last season because of his aching left knee. He finished ahead of just 12 players at the BMW Championship, then shot the highest score at East Lake by three shots.

How concerned was he when he left East Lake last year?

“I don’t even remember what happened last year,” he said Monday night. “That was a long time ago.”

It was. Johnson’s biggest asset, even bigger than his long drives, is his short memory. Even if he can’t recall, he was undoubtedly struggling last year a year ago. He didn’t finish better than 20th in his final eight starts of the season, his longest stretch without a top-10 since his rookie season.

After surgery and the season’s hiatus, he needed an MRI on his left knee after the first event back, the Charles Schwab Challenge. It revealed no damage, just a strain, but it was the latest in a line of frustrations for the former World No. 1.

Because of his injuries and struggles, Johnson had been overshadowed by workout buddy Brooks Koepka and the charisma and consistency of Rory McIlroy over the last two years.

Not anymore. His recent play is reminiscent of his three-event winning streak in 2017.

“Obviously I’m playing very well now,” Johnson said. “I feel like I can play better, though.”