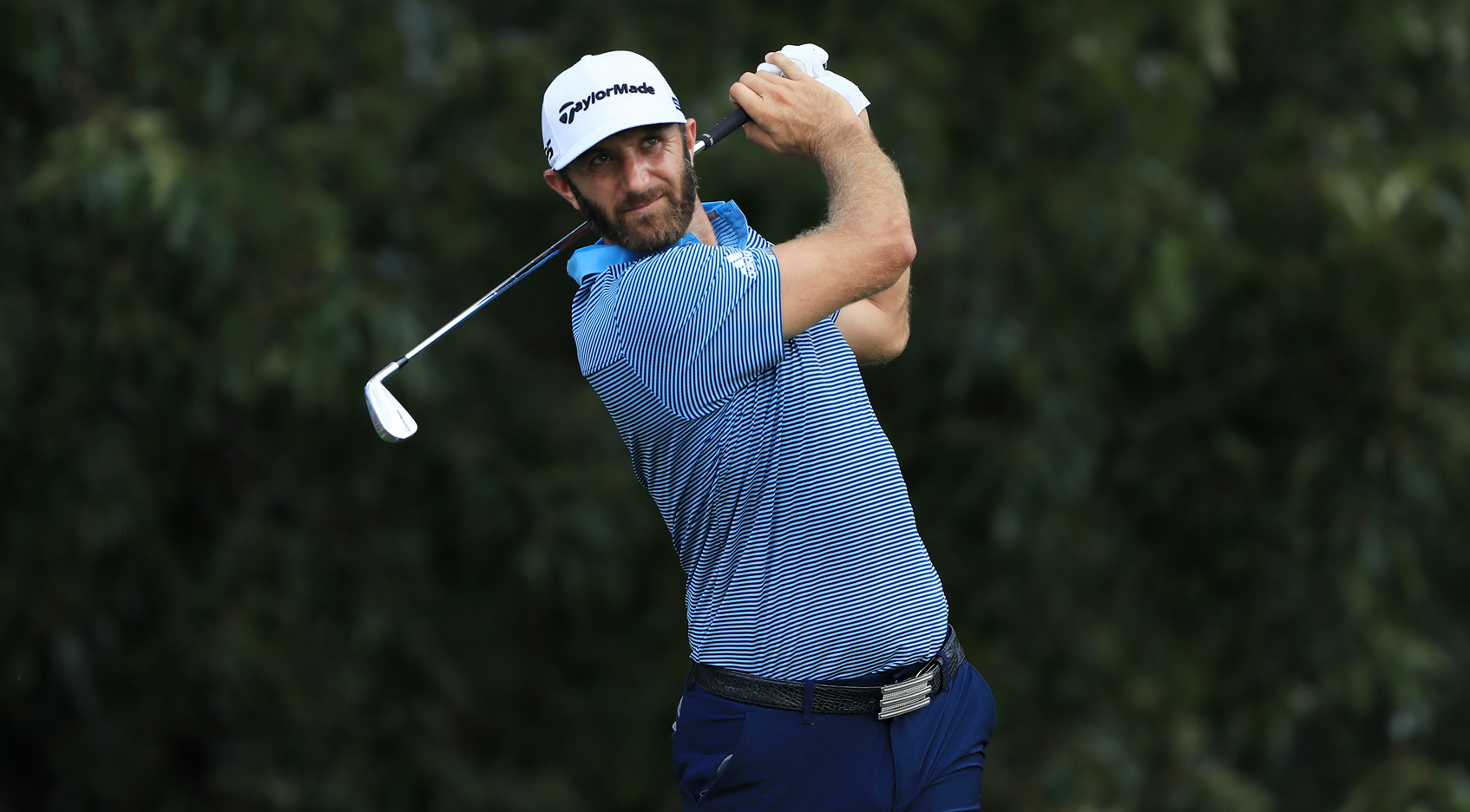 ATLANTA — Five days later, Dustin Johnson and Jon Rahm are still going at it. They dressed about the same Friday in the TOUR Championship, matched birdies on five holes and wound up tied for the lead at East Lake.

That required Rahm getting the better of Johnson again.

Rahm, whose 65-foot birdie putt beat Johnson in a playoff at Olympia Fields last week, had a 5-under 65 that allowed him to make up the two-shot deficit at the start of the round that was awarded Johnson as the No. 1 seed in the FedExCup.

Johnson did his part with a 67, losing a three-shot edge early with back-to-back bogeys to end the front nine, and then missing a birdie putt from just over 4 feet on the final hole that would have given him the lead.

“The only birdie we didn’t share was mine on 16. Besides that, we birdied every single hole together, which is kind of unique, right?” Rahm said.

They were at 13 under par based on their starting positions in the FedEx Cup finale.

It was the second straight year under this format the FedExCup leader, who starts at 10 under with a two-shot lead, ended the opening round in a tie for the lead.

“Technically, it is a continuation,” Rahm said. “I kind of stole that tournament last week from him and he started with a two-shot lead. So hopefully, I can steal this one, as well.”

Justin Thomas was in the top spot a year ago and opened with a 70. He said later it felt awkward to start the tournament with a two-shot lead before hitting a shot. This year, he began at 7 under and shot a 66 to end the day two shots behind.

“I learned I would have rather been at 10 under than 7,” he said. “That being said, I feel like I’m in a good frame of mind. I’m in a good place mentally right now where I would like to feel like I would handle the golf course the same no matter what I was at. But I did a good job of just staying in my game today.”

The biggest move belonged to the player who might have had the least expectations. Rory McIlroy left Chicago on Sunday and spent three days with his newborn daughter, Poppy, only arriving in Atlanta on Thursday.

He finished with three straight birdies, getting up-and-down from a bunker short of the green on the par-5 18th, for a 64. He started seven shots behind and finished the opening round only four back.

“Even though I’ve had success here, I was coming in with no expectations. I didn’t touch a club for four days in between tournaments,” McIlroy said. “I come in here and golf was sort of the furthest thing from my mind. And sometimes that’s a good thing just to decompress and get away from it. Yeah, happy to have the start that I did.”

Abraham Ancer also had a 64 and was cut three shots off the deficit, getting within six shots of Johnson and Rahm.

A a muggy afternoon with moderate wind that allowed for 17 players in the 30-man field to break par. The average score was 68.7. Johnson and Rahm spent most of the day playing out of the rough, which makes it harder to get it close.

“The key out here is driving,” Johnson said. “If you can drive it in the fairway, you can shoot a good score. The greens are so good, and the only way to control the golf ball coming into the greens is hitting out of the fairway. That’s the only thing I need to do a little better tomorrow.”

Johnson, Rahm and Thomas hold the key to so many hopes in the chase for the FedExCup. If they play well, it makes it difficult for anyone to make up too much ground on the players who happened to be the top three players in the world ranking.

Johnson and Rahm had golf buzzing last week with that wild finish at the BMW Championship, where Johnson holed a bending 45-foot birdie putt down the slope on the final hole to force a playoff, and Rahm followed by making a 65-foot birdie putt on the 18th hole that turned out to be the winner.

Both wore navy trousers, a light blue shirt and a white cap. From a distance, it could be hard to tell them apart, especially with the birdies. Rahm holed one from 20 feet on the par-3 second hole, and Johnson matched him from 6 feet. Both got up-and-down for birdie on the par-5 sixth.

On the back nine, they matched birdies on the 12th, 13th and 15th holes — Rahm was outside him all three times.

“I feel like I was doing most of the pushing because I made pretty much every single birdie putt before he did,” Rahm said. “Props to him to be making them on top of me.”

The Spaniard finally caught him an 18-foot birdie putt on the 16th — Rahm’s fourth birdie in five holes — and both squandered birdie chances on the closing hole.