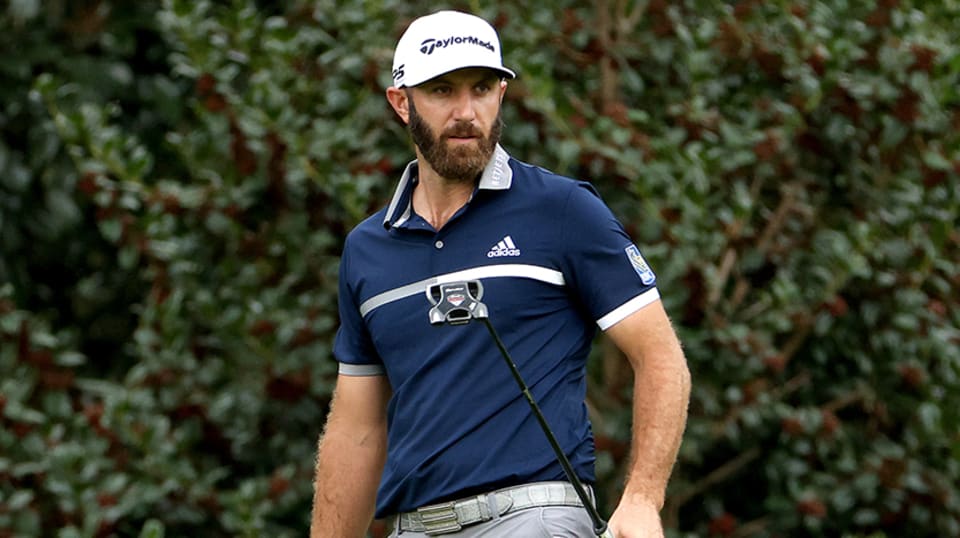 He recalls what else was happening in his golfing life, that he was a freshman at Alabama, and that he played with Jeff Knox, the best golfer amongst Augusta National members. Rounding out the foursome: Thomas’ Alabama teammates Lee Knox (Jeff’s son) and Bobby Wyatt.

“It was straight after I think our first event in Puerto Rico, and we were so excited,” said Thomas, who shot a second-round 69 to reach 9 under par, tied atop the Masters leaderboard with Dustin Johnson (70), Abraham Ancer (67) and Cameron Smith (68). “… It felt like a tournament round you’re getting ready for, you’re nervous on the first tee. We had a great day.”

Johnson (world No. 1) and Thomas (world No. 3) will never be mistaken for one another, even if their first names are separated by only one letter. But they have this in common: Each has one major to his name, and each initially struggled to find his A game for the Masters.

That’s not uncommon; learning the nuances of the course is a rite of passage for almost everyone not named Fuzzy Zoeller, who remains the only first-timer to win (1979).

“I think it’s taken me a little bit to get over, not – I guess maybe the fear of Augusta National,” said Thomas, whose T12 finish last year was the first he’d begun to play to his potential. “… I kind of go back to that (first) round, like, dude, remember you made six birdies when you were a freshman in college. I would hope you’d be able to handle it your fifth appearance now.”

While this weekend will present a different kind of nerves for Thomas, there may be similarities to his first time here. It was February 2012 – not far from November on the golf calendar – and it was wet and scoreable, and Thomas really, really wanted to play well.

In the end he threw in some mistakes with his six birdies and shot even. He was low man in the group and was especially excited to beat Knox, whom he calls Mr. Jeff, because “he tears this place up.”

Still, that first flush of success didn’t immediately translate once he’d earned a coveted Masters invite. He scheduled practice rounds with players like Tiger Woods and Fred Couples, soaking up as much knowledge as possible, but finished T39 as a rookie in 2016, then T22 and T17 the next two years. He was improving, but not exactly by leaps and bounds.

Today, Thomas says he just needed to learn where to miss, where to be aggressive, and that he didn’t need to do anything superhuman. He also had to shed that fear factor.

His Ryder and Presidents Cup teammate Johnson got off to an even slower start here. He was T30 in his rookie year in 2009, then got worse with a pair of T38s in 2010 and 2011. Not until Johnson committed to a new level of precision with his wedges, and improved his putting, did he begin to figure out how to play what is often referred to as a second-shot course.

Today, the world No. 1, expects to contend for the green jacket. His T2 finish last year, one behind Tiger Woods, was one of four top-10 finishes in the last five years. He might have had another top-10 in 2017 but slipped on some stairs and hurt himself, leading to a WD.