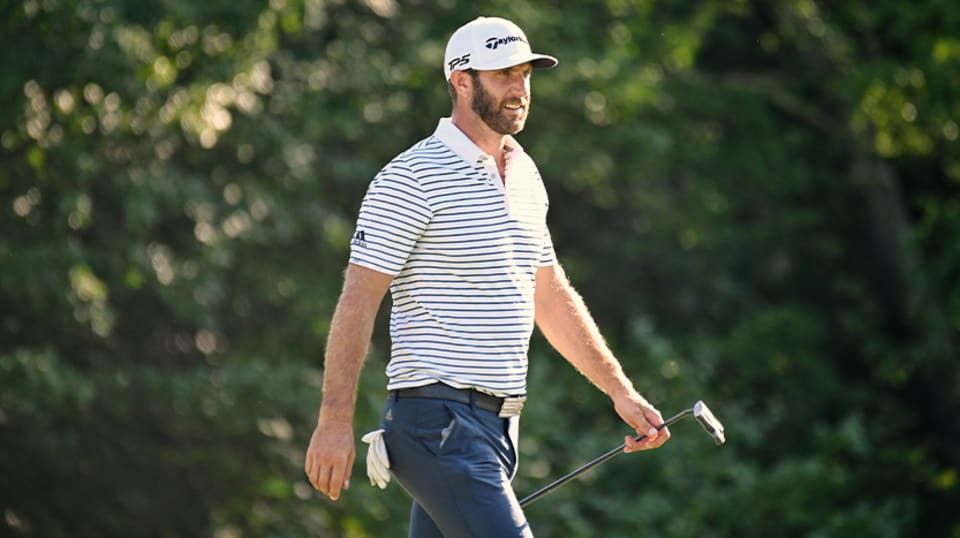 “I was striking it really well,” said Johnson, offering a potential understatement of the year, “just giving myself really good looks.”

Having teed off at 12:44 p.m., Johnson was early in his round when he saw that Scheffler had birdied the par-5 18th for his 59. “Good round,” Johnson said to himself. Then he told himself to go lower.

He wasn’t alone in that sentiment.

“We were pulling for him,” said Leishman. “Fifty-nine didn’t even seem like a question there for a while. (I was) wondering what the lowest score ever anyone had shot.”

On the PGA TOUR it’s 58, by Jim Furyk in Round 4 of the Travelers Championship in 2016, but if the people who were following Johnson along the back nine at TPC Boston would be honest, there didn’t appear to be any doubt that Johnson would surpass that.

Not when he managed to two-putt from 48 feet at the course’s most difficult hole, the 510-yard, par-4 12th. And not when he striped drives at 13 and 14 to give himself birdie tries from 12 and 20 feet. But when those putts leaked wide, you could sense the roll slipping away from.

Driving it wide right into thick rough at the 15th, Johnson could do no better than a two-putt par from more than 50-feet. Long and left into a stiff wind at the par-3 16th, it was another lengthy two-putt, this time from 43 feet.

So, going lower than 58 was out of reach. But surely, matching Scheffler at 59 appeared a safe bet, given that the par-4 17th and par-5 18th are birdie holes. (They rank as fifth easiest and easiest, respectively.)

Ah, but just when you take this game for granted, golf happens.

So brilliant with the putter all day, Johnson at the 397-yard 17th missed a 10-footer. He was stuck at 11-under and needed birdie at 18 to shoot 59. He knew what was at stake and didn’t run from the challenge.

Never? As in ever, even in a fun, recreational round?

Likely what he will remember is a decision that he promptly regretted – he hit driver at the 18th.

It’s roughly 325 to a swale that runs in the middle of the fairway, a grass bunker, if you will, and Johnson reached it. It necessitated a lay-up, which led to an 83-yard wedge shot that left him a 26-foot putt for birdie. As he had done consistently since the 11th hole, he missed.

Johnson confirmed that driver was the wrong club, that he likely could have hit 3-wood and a 6-iron to reach the green in two. But a go-to money shot for him is a “chip driver,” a weapon that he uses effectively time and time again, like earlier in the round when he drove the green at No. 4.

This time, the shot failed him.