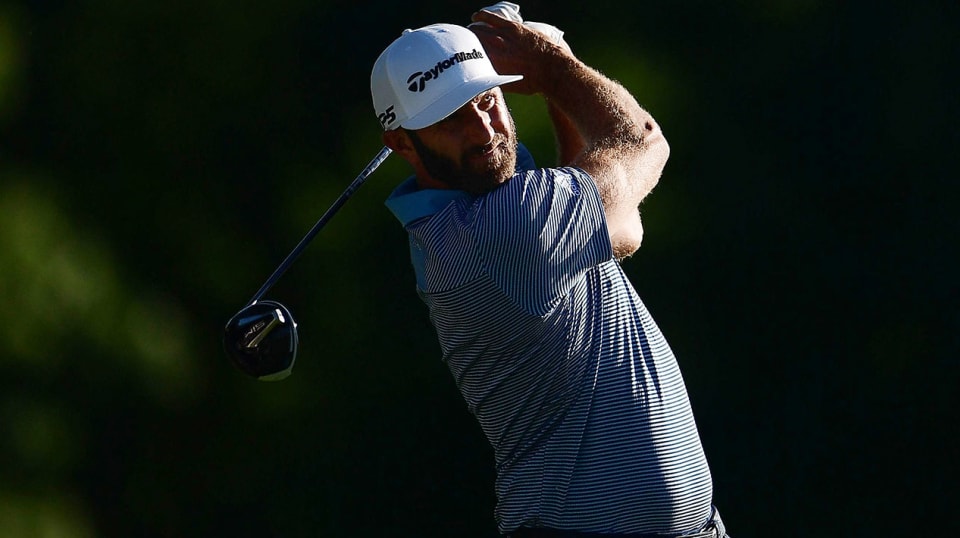 BLAINE, Minn. – Dustin Johnson withdrew from the 3M Open on Thursday, citing a back injury, after shooting 78 in the first round.

The round of 7 over followed a pair of 80s and a missed cut at the Memorial Tournament presented by Nationwide last week for the world No. 4, who won the Travelers Championship last month.

Johnson started on the back nine Thursday and actually was 1 under through his first six holes. But his troubles began when he bogeyed No. 16 and hit his tee shot at the par-3 17th into the water on the way to a double bogey.

The 18th was a disaster, though. A good drive on the curving, dogleg-right par 5 left him 208 yards from the flag – a “perfect” 6-iron, Johnson later said – but that went into the water. So did two more balls, and suddenly he was signing for a quadruple bogey.

“Hit it right at it and never once did I think it was going to go in the water,” Johnson said. “That never crossed my mind when it was in the air. Just went in the water and I hit two more shots in the water, then I hit a good one, made a tap-in for a 9.”

Johnson made two more bogeys on the front nine before sinking a 19-foot birdie putt on No. 9 to finish off his round.

Johnson placed the blame for his recent spate of poor play on his iron game. He hit 9 of 14 fairways on Thursday but just 13 of 18 greens in regulation.

“I feel like I’m driving it well, but the iron play, first six or seven holes hit it close and then the rest of the day kind of struggled a little bit with iron play,” Johnson said. “Kind of the same last week, I just struggled with my iron play and makes it difficult.”

At Muirfield Village, Johnson was similarly beset by big numbers. He had two doubles and three triples, along with nine bogeys, in two rounds at the Memorial.