CHARLOTTE, N.C. – Jason Day appeared in danger of playing himself out of the year’s final major on Thursday before a late surge moved him into red numbers.

Day, Dustin Johnson and Henrik Stenson were put on the clock on their second nine, and Day made back-to-back bogeys on Nos. 2 and 3 as the group attempted to play catch-up.

But 2015 PGA champion fought back, playing his final six holes in 4 under, a close that included an eagle at the par-5 seventh.

“Being able to finish with four birdies in the last six holes was nice,” he said, before quickly correcting himself. “Well, sorry, not four birdies. Two birdies and an eagle was even better. That was a good turnaround.”

The eagle came when his approach from 227 yards stopped 10 feet from the pin. He rolled in the left-to-right putt for the morning’s only three at No. 7.

Day broke through for his first major victory two years ago at Whistling Straits and finished runner-up to Jimmy Walker last year at Baltusrol.

Now seventh in the world rankings, the former No. 1 remains in search of his first win since last year’s Players Championship. 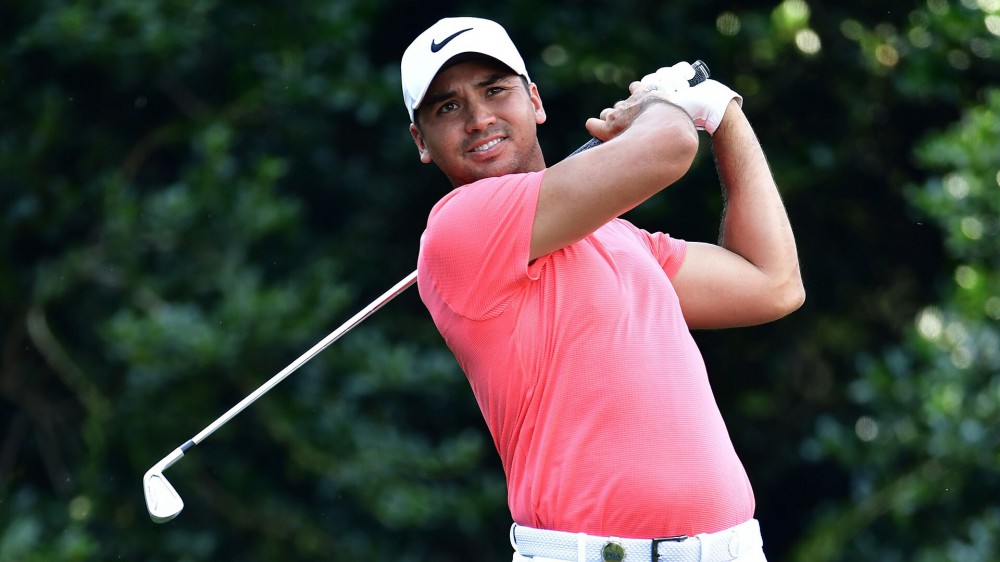