‘Here’ being tied for second after two rounds of the Dubai Desert Classic.

Thanks to rounds of 68-65, the 49-year-old World Golf Hall of Fame member is one shot back of leader Bryson DeChambeau, a man nearly half his age.

Yes, it’s great to be in contention again. He hasn’t won on the European Tour – or anywhere, for that matter – since 2013. But there are still two rounds to play.

“You’ve got to keep it going.” Els said that repeatedly during his post-round news conference on Friday. While reporters wanted him to be nostalgic, considering he’s won this event three times, including his first tour title in 1994, Els appeared focused on finishing what he’s surprisingly started.

“You know, you’ve got to keep going. As I say, I think it might play a little tougher over the weekend and in the afternoons if the wind comes. But I think still just keep the foot on the pedal, try and make some birdies,” Woods said. “I think 20 under is probably where you need to be or maybe even more. There’s still a lot of work to be done.”

If that prediction is correct, Els needs to play the weekend in 9 under par. And while he hasn’t been victorious in nearly six years, Els might be playing the perfect event to end his drought.

“I like this place, as you know. I’ve had some really great times here. I’m swinging well, my body feels well. Just, you know, going on the memory bank, I guess,” Els said. 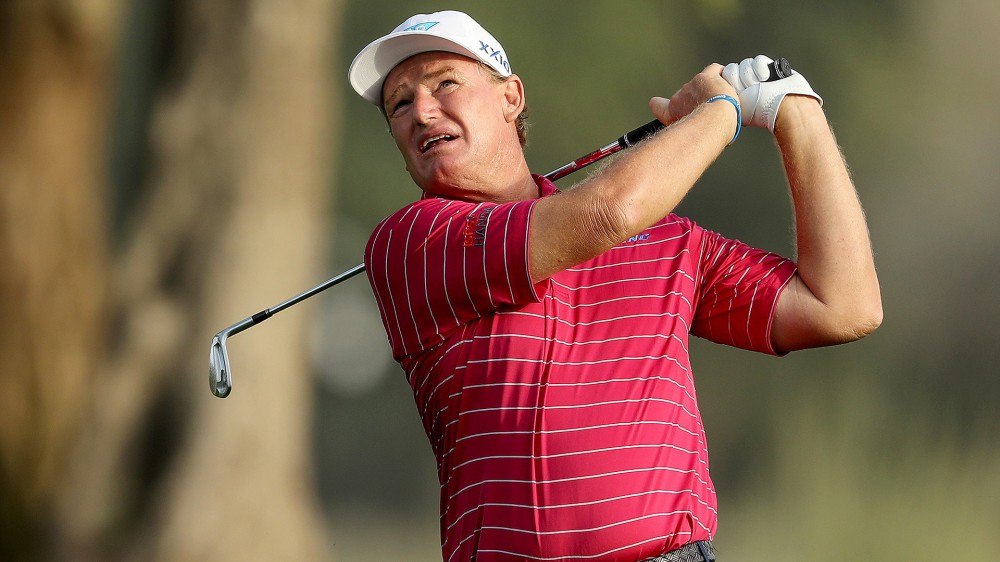