SAINT-QUENTIN-EN-YVELINES, France – Jon Rahm is known for his fiery on-course demeanor. But after taking down his childhood idol to notch his first-ever Ryder Cup point, the Spaniard was reduced to tears.

Rahm drew the unenviable task of taking on Tiger Woods in Sunday’s singles play, but he took the opening hole with a birdie and never trailed the rest of the way. He closed out Woods, 2 and 1, on the 17th green before unleashing a rarely-seen side of his emotions.

Rahm explained that part of his reaction was the fact that a fan on No. 17 shouted to him in Spanish to “do it for Seve,” bringing back the memory of the late Seve Ballesteros who died years before Rahm turned pro. But another aspect was the magnitude of facing (and defeating) Woods just days after the 42-year-old got back into the winner’s circle on the PGA Tour.

“I mean, I grew up watching that guy,” Rahm said. “Last week I was making a video at the top of the East Lake clubhouse, just watching him win his 80th event. The list goes on and on. To play the golf I did, barely missed any shots, got up early, and to clinch it the way I did after the missed putt on 16, it’s a lot of emotions.”

Rahm was a part of the first group in Friday’s morning fourballs session, but he entered Sunday’s play as one of just two Europeans without a point after also dropping a match on Saturday. Both he and Thorbjorn Olesen were able to add to their ledger on the final day as the Europeans turned a 10-6 lead into a 17 ½ to 10 ½ beatdown.

While Rahm basked in the team victory, he’ll also leave Le Golf National with a treasured memory after taking on one of the greatest players ever and coming out on top.

“For Jon to go out in his first Ryder Cup single and beat Tiger Woods, you know, that’s a pretty cool thing that you’ll have for the rest of your life,” said European captain Thomas Bjorn. “Knowing that on the biggest stage, against the best player that’s ever played, I can stand up and do great things.” 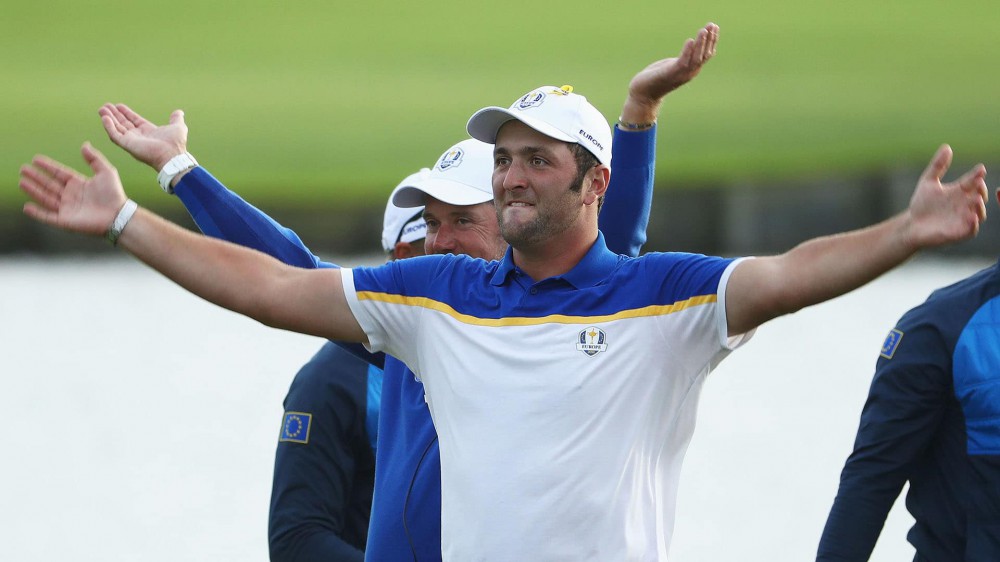