PONTE VEDRA BEACH, Fla. – In March or in May, Phil Mickelson’s strained relationship with TPC Sawgrass isn’t getting any better.

Mickelson missed the cut here at The Players after shooting 4-over 148 and finishing 116th out of 141 players.

“It’s been an interesting week,” he said afterward. “I don’t know what it is about this golf course. It’s in pristine shape. It’s a wonderful setup. It’s terrific, and I just don’t play well. I don’t know what to say.”

Mickelson had plenty to say in the weeks leading up to the tournament, even going so far as to suggest that he could skip the PGA Tour’s flagship event if the setup wasn’t to his liking. He expressed optimism about the playable rough once he arrived over the weekend, but he still missed his sixth cut in the last seven years.

That’s back-to-back early exits (and a fourth straight finish outside the top 35) for Mickelson, who last month won for the 43rd time on Tour. He said that he’s leaning toward playing the WGC-Match Play in two weeks instead of the Valero Texas Open, which this year is the lead-in event to the Masters.

“I haven’t played well the last three events, so I don’t know,” he said. “I don’t feel like it’s far off. I actually felt like I hit a lot of good shots this week, but I’m having trouble with the putter and I’ll have to work that out.”

It was also an interesting week in the sense that Mickelson’s name was dragged into the ongoing college recruitment scandal. He said Thursday that he had used the services of Edge College & Career Network and its CEO, Rick Singer, in the recruitment process for all three of his children, and that he was “shocked” by revelations and federal charges.

Asked whether that affected him on the course, Mickelson said: “I’m used to taking hits, but it hurts when you have your kids being questioned over doing nothing but working hard and studying hard, so we’re going to be OK.” 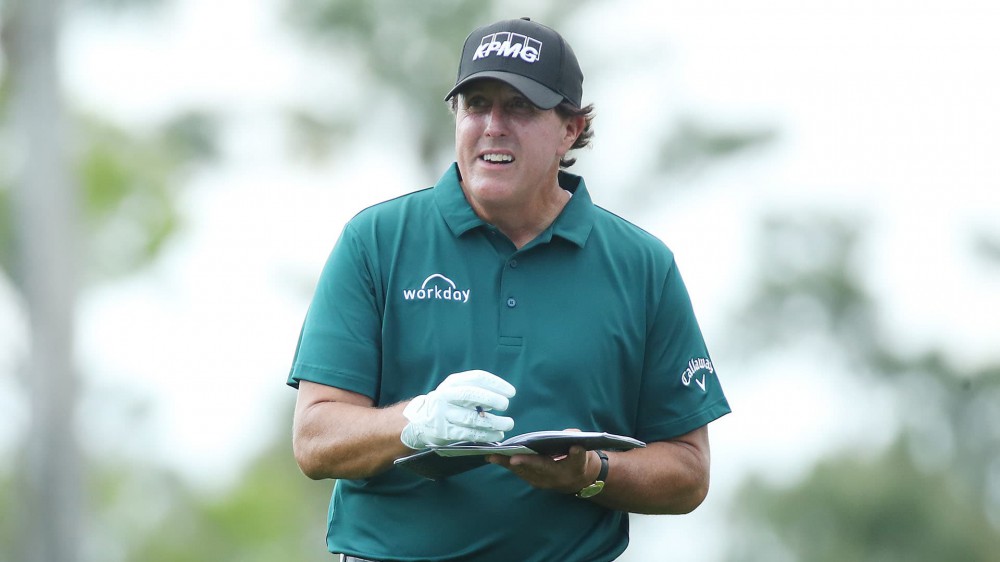 Ryu headed for Olympia Fields as No. 1