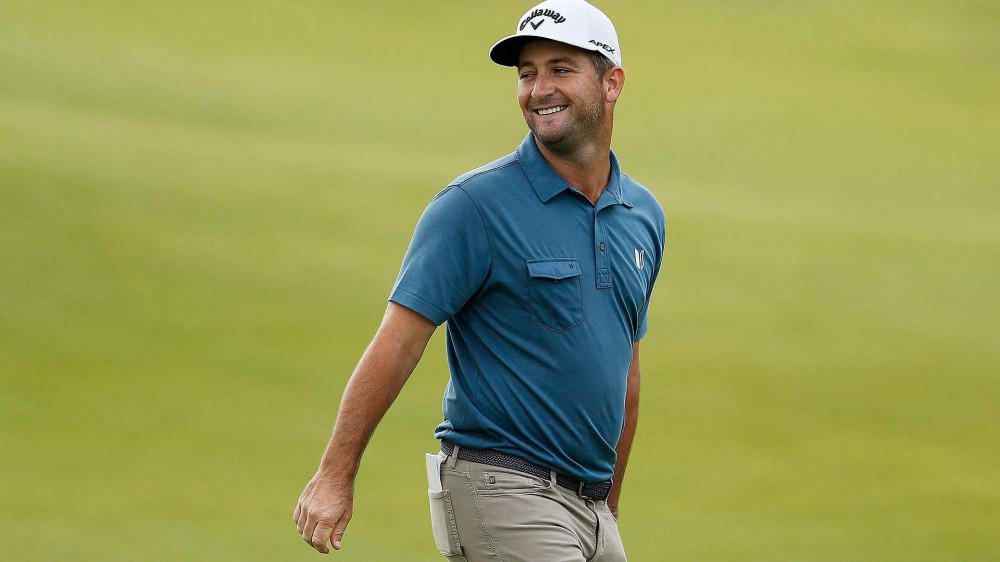 Matt Every leads Sung Kang by one shot at the AT&T Byron Nelson, where the leaders will have 27 holes to complete on Sunday.

Thunderstorms and rain prevented play from getting underway until 3:04 p.m. CT Saturday at Trinity Forest in Dallas. When play was halted because of darkness at 8:10 p.m. local, only eight players had finished their third round, leaving 75 more to return at 6:30 a.m. ET/7:30 a.m. CT Sunday.

Every is a two-time PGA Tour winner who took the Arnold Palmer Invitational in back-to-back years in 2014 and 2015, but is now playing out of the reorder category after finishing 186th in the FedExCup standings last year. He opened with an eagle Saturday and carded four birdies in a five-hole stretch to make the turn in 6-under 30 and take the lead by one.

The low round of the day belonged to Nicholas Lindheim, who is 9 under through 15 holes and will have a chance to go sub-60 when he starts again on Sunday, needing to play his final three holes in 3 under for a round of 59.

Brooks Koepka sits six back at 12 under par through 10. Jordan Spieth is eight back at 10 under through 11.